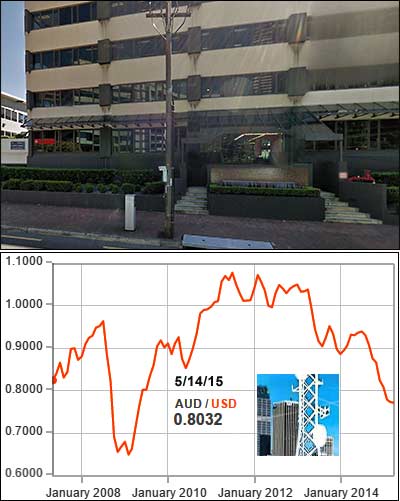 TOODLE-OO, MATES – Crown Castle International entered the Australian market in 2000 running their operations from their Chatswood corporate office. They’ll miss the friendly cities when the deal closes, but not the erratic exchange rate for the Australian dollar.

Houston-based Crown Castle International announced that it is selling its Australian subsidiary, CCAL, to Macquarie Infrastructure and Real Assets for $1.6 billion, of which they’ll net $1.3 billion after transaction fees and other expenses.

“The sale of CCAL allows us to redeploy capital towards our growing small cell networks, which we expect will be accretive to our long-term AFFO and dividend per share growth rates,” stated Ben Moreland, Crown Castle’s President and Chief Executive Officer.

Moreland also said in a statement that Crown Castle expects to use part of the proceeds from the transaction to finance its previously announced acquisition of Sunesys.

Although Crown Castle did not identify the number of structures that were in the Macquarie deal, previous company statements put them at approximately 1,800.

Founded in 1994, Houston-based Castle Tower in 1997 merged with Pittsburg-based Crown Communications and they changed their name to Crown Castle International since they also owned or had access to at the time 1,300 towers in the United Kingdom.

During a Feb. 16, 2015 conference call, Moreland said the company was exploring the sale of CCAL after they had received unsolicited offers.

At that time, although unannounced, Crown was in negotiations to acquire Sunesys for approximately $1 billion. The wholly owned subsidiary of Quanta Services, Inc. owns or has rights to nearly 10,000 miles of fiber in major metropolitan markets across the U.S. such as Los Angeles, Philadelphia, Chicago, Atlanta, Silicon Valley, and north New Jersey.