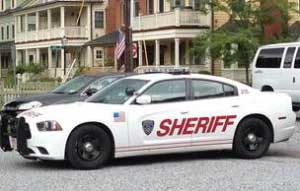 Gov. Andrew Cuomo announced on Aug. 27, 2015 that 17 counties across New York State have been awarded a total of $50 million in funding. The funding was given in order to pay for projects involving communications equipment and technology upgrades. In most cases the counties will be using part of the money to fund the installation of new towers.

Emergency services in Columbia and Greene  and Putnam counties will soon have upgraded and expanded communications systems using the grants.

Each county received $3.5 million as part of the fourth round of the New York State Interoperable Communications Grant program.

All counties said that a good portion of it will go to replacing outdated tower structures.

Putnam County  said it would use the grant to replace and expand it’s microwave system. “We have plans to acquire new radio towers and to upgrade equipment on existing towers, which will reduce the number of ‘dead spots’ and create system redundancy so that, in the event one tower experiences a problem, another tower will seamlessly relay the critical transmissions,” said Sheriff Donald B. Smith.

A team, led by Putnam County’s Director of Information Technology Thomas Lannon and Captain Francis Christian of the Sheriff’s Department, documented the problems with the existing system, identified solutions and submitted the grant application. For additional information, click here.