The U.S. Securities and Exchange Commission (SEC) and a Minnesota fiber optics company that allegedly defrauded investors of $4.3 million agreed to a partial judgment on Nov. 3, 2015 that bars the company and its CEO, James M. Louks, who was also President of telecom contractor C & L Communications up until 2012, from soliciting or accepting money from investors for the business. 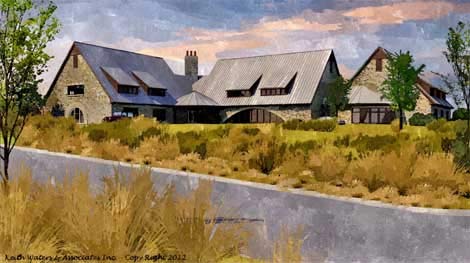 This 36,000 square-foot data center design was showcased so that James Louks could continue to get investors to fund FiberPoP.

The prejudgment also requires Louks to repay all ill-gotten gains and calls for him to agree that no representation for immunity has been make with regard to any criminal liability that may arise from the prejudgment, and he is not denying the allegations in the SEC’s complaint filed on Sept. 1, 2015.

The SEC charged that from at least 2003 through the present, FiberPop Solutions, Inc. told 90 investors that their money would go towards FiberPoP building data centers and fiber-optic networks in 17 different service areas around the Midwest, requiring more than half a billion dollars each.

The SEC also claimed FiberPoP made commitments to fund about $250 million in real estate acquisitions, $1.4 billion in development projects and more than $740 million in other business projects.

“To date, FiberPoP has no data centers, no employees and no operations,” the SEC said in their Complaint that requests a jury trial for Louks.

“It has never earned any revenue. It has no contracts with either content providers or customers,” the SEC said.

Louks turned to fraudulent schemes called “advance fee schemes” and “prime bank schemes” where investor funds are used to purchase and trade financial instruments in overseas markets in hopes of generating huge returns, according to the SEC.

“Louks never even met many of the individuals … did not review the entities’ financial statements and did not request proofs of funds,” the lawsuit said.

The SEC said, “In the event that one of these financing schemes does generate funds for FiberPoP, Defendants do not intend to place that money directly into FiberPoP’s operations. Instead, Defendants plan to use those funds for second tier financing efforts.”

The lawsuit also says that Louks used a portion of the proceeds for personal items and he diverted at least $78,000 over the past four years, including the withdrawal of $59,000 from FiberPop’s bank account and $19,000 in loan payments to another company he owns.

FiberPoP promised investors their money back with a 100 percent return within a few weeks. It claimed to have business prospects and service contracts that didn’t exist, and were able to convince investors that everything was fine.

“For years, Defendants have represented to investors that the transactions they have engaged in are legitimate and profits imminent. For example, in March of 2013, Louks told investors that, with transactions involving SBLCs and bank guarantees, ‘it is very difficult for anything to go wrong … No one will ever be able to execute a fraud and get away with it.’ In April of 2015, Louks wrote, ‘my confidence level is very high. All of the way through the process I have felt that we have being [sic] working with people of good intentions and integrity….’,” the SEC said.

It is likely that the SEC will request Louks to take down his website that appears to have solicitation content in violation of the prejudgment, such as: Do you want your business or community involved? Please email us by filling out the contact form on this website. We will make it happen!

However, had more people scrutinized his website they may not have invested since many of its sophomoric statements make little sense, such as: What is “The Advantage of Light?” The advantage of light speaks to much more than the speed and capacity of optical fiber as a communications medium, although that is key. The true advantage FiberPoP offers to the market is the synergy created by combining and upgrading existing market offerings to produce the NEXT GENERATION of services.

In early 2012, to promote his data centers, Louks hired Keith Waters & Associates to design a data center that appeared to look like a mansion. The $30 million Minnetonka facility would be built in a residential neighborhood and include an underground data center “bunker” and offices for FiberPoP’s staff which today has totaled only one employee.

The data hall was on a lower level that also included 60 underground parking spaces.

“We wanted it to fit into the neighborhood,” Louks informed Data Center Knowledge. “I don’t know if it’s a mansion. It’s a commercial building, and it has an upscale look to it. We’re building data centers in all kinds of locations around the country.”

However, since Louks didn’t have the money to build it and might have leaned on Keith Waters to fund the project, it was withdrawn from review of town planners.

Keith Waters filed for bankruptcy in 2012 and he and his partner were arrested last March and were convicted on fraud charges after they forged lien waivers.