Charter Communications’ bid for Timer Warner Cable appears to have little opposition, and the $55 billion deal might be approved by the FCC by the end of the year. Included in the sale are two important industry assets, towers and backhaul. 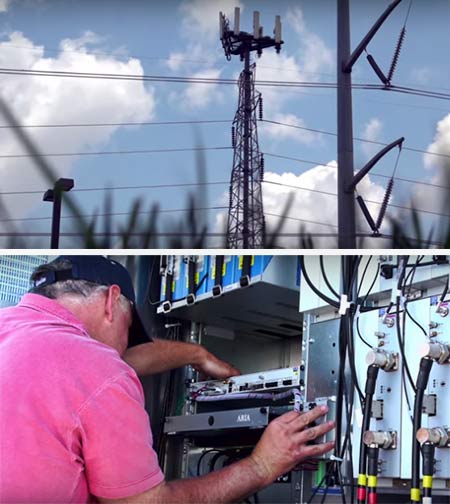 Although Time Warner’s total of 653 structures hasn’t grown considerably over the years, but will be complemented by Charter’s 291 towers, the company has seen a considerable increase in its portfolio of backhaul services since 2008, as most recently noted in their announcement in their second-quarter earnings report that they’re quickly approaching providing fiber-optic backhaul to 20,000 cell towers.

The underlying fiber network required to the tower can be anywhere from 500-feet to 3-to-5 miles.

Time Warner’s towers served are typically connected by a ring of fiber optic cable where they loop several towers together to their hub to ensure redundancy so that if one fiber optic network is damaged there is another network that will take its place so that customers won’t be impacted.

However, even the best network designs can fail, leaving subscribers with no pipe to carry their data, voice and video traffic.

High tech saves the day after a bow and arrow fails
Last May, Time Warner had a major fiber-optic line taken down when severe flooding in Central Texas saw more than 20,000 of their customers lose internet, video and cell phone service.

But pulling in a new fiber-optic line proved to be difficult for technicians and construction crews since they couldn’t get across the overflowing Blanco River in San Marcos.

They decided that if they could get a fishing line to the other side of the river, they could then keep increasing the line size so that they could pull the primary feed into the San Marcus hub.

Their first attempt was not terribly high tech. They tried using a bow and arrow, but the velocity of the arrow kept snapping the filament line.

They then successfully went high tech and used a drone to deliver the line across the river so that they could then pull the new fiber-optic cable.