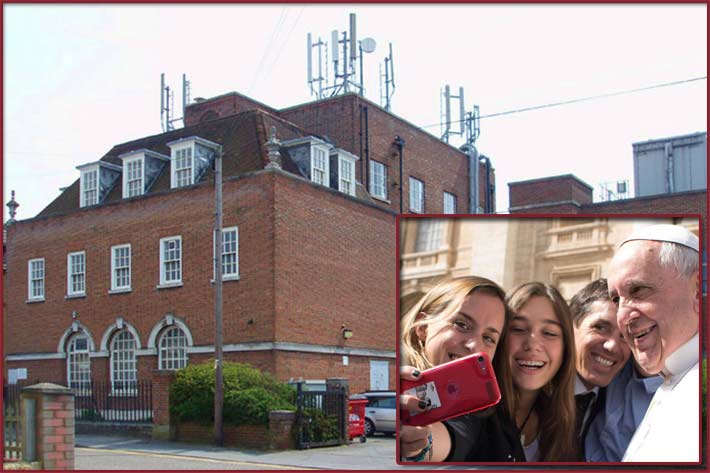 British carrier Arqiva’s director of M2M, Nicolas Ott, said in an interview, that “In rural areas we have to contact the local authorities who quite often require a full planning application. That process is quite time-consuming and expensive.”

His statement can only bring up a vision of industry veteran Liz Hill, American Tower’s Director of State & Local Government Affairs, shoving a Crocodile Dundee-type War and Piece-sized submission in Ott’s face, exasperatingly shaking her head and saying, “That’s not an application. That’s an application.”

Also across the pond this week, Pope Francis delivered a homily to over 70,000 teenagers about the power of religion versus technology.

The Pope held up an iPhone to illustrate how a life without Jesus was like a smartphone with no bars. “Always be sure to go where there is a network,” the Pontiff said, referring to a support network of family, parish and school.

Segueing into another cell phone simile in St. Peter’s Square, Pope Francis said, “Your happiness has no price. It cannot be bought and sold. It is not an application you download on a mobile phone.”

Following the teens-only jubilee, the Pope snapped a selfie with a number of teens.

In 2014, the Pope called the internet a “gift from God,” but he also cautioned about people being left behind because they lack access to the internet or social media, bringing us full circle again to Ott’s concern about not being able build out underserved rural areas without providing a full application and spending a few dollars – a process that America has been blessed with for years.