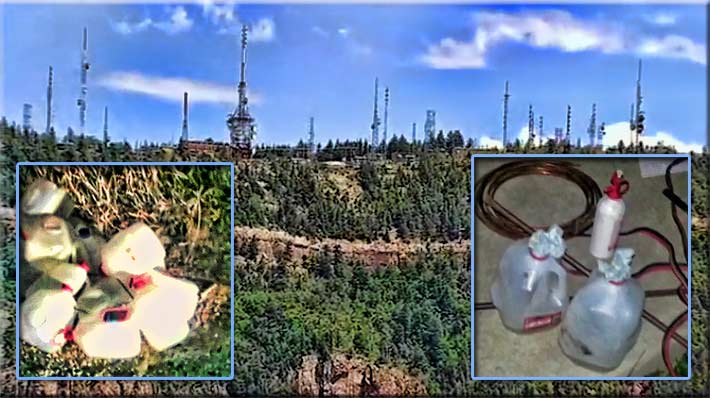 Multiple gallon-sized Molotov cocktails were found at the site. Engineer Wayne Kootz took a photograph of two of them as well as jumper cables left by the arsonist.

Authorities are closer to arresting a suspected arsonist, who attempted to knock out more than a dozen broadcast towers on Sandia Peak in Albuquerque, N.M. earlier this month with many gallon-sized Molotov cocktails. Numerous local and federal government agencies are co-located on the structures or maintain their own towers. 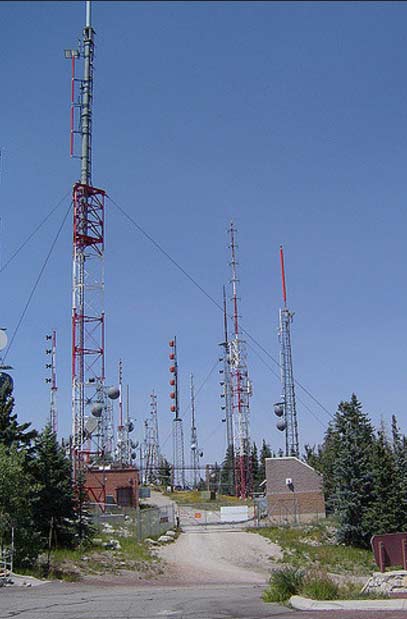 Numerous cameras captured the image of the arsonist

The Bernalillo County Sheriff’s Office has identified a suspect and has filed an arrest warrant, but the department is not releasing his name, according to BCSO spokesperson Deputy Felicia Romero, who said that detectives have served multiple search warrants.

At approximately 1:00 a.m. on Oct. 2, 2016, two television engineers were working at the 10,679 AGL antenna farm when they observed a light coming from inside an open door of a transmitter building and then noticed a man that was scattering Molotov cocktails with an unknown accelerant at multiple locations.

According to reports, the man quickly left the site, but did set off one explosive device that caused minimal damage. Romero informed Wireless Estimator today that she did not know who owned the transmitter building. The investigation is ongoing and detectives are coordinating efforts with federal partners, she said.

Authorities later found the suspect’s SUV he was driving on fire with a dog inside. The vehicle had been reported stolen. It is unclear how the suspect escaped.

The man’s image had been captured on multiple security cameras that are located on the farm known as the Sandia Crest Electronic Site that is home to more than a dozen FM stations and multiple TV stations, and government structures.

Had the engineers not foiled the arson attack, it could have been the greatest domestic terrorist attack ever committed against America’s communications structures. The compound has a considerable amount of fuel tanks for backup power.