AT&T stretched the use of an 8K Securities and Exchange Commission filing as they shook their hips in the FirstNet win zone Friday, stating that it appears that they were the only compliant bidder – to their knowledge. 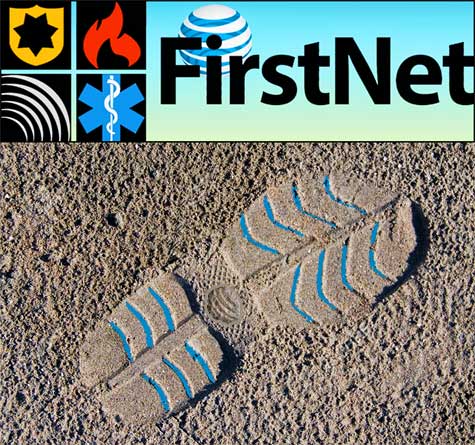 AT&T believes that it is a shoo-in to win the FirstNet contract. The carrier did its happy dance in its 8K filing.

According to AT&T, bidders pdvWireless Inc. and Rivada Mercury, LLC have both been eliminated from the RFP review.

AT&T said that it has been informed that it is a bidder within the “competitive range” by the First Responder Network.

The carrier noted that on Nov. 21, 2016 Rivada stated that it was protesting the decision of FirstNet to exclude their proposal “from the competitive range” to be reviewed for the possibility of an award.

Rivada filed its motion for a protective order with the U.S. Court of Federal Claims. A week later, AT&T filed a motion to intervene in Rivada’s litigation. The court has established a briefing schedule that extends to Feb. 16, 2017.

AT&T said, “Based on Rivada’s court filing and pdvWireless’ public statements, AT&T is not aware of any other bidders who remain within the “competitive range” of the First Responder Network procurement. Should AT&T’s bid be accepted, we look forward to serving the public safety community through this contract and making a significant investment in the infrastructure of our country.”

AT&T acknowledged that the actual reach of the network and necessary investment will be determined by the election to participate by the individual States.

An 8K filing must be used to report events that are important to security holders, such as mergers and acquisitions, and material impairments, but it’s seldom that a company will announce the presumption that they might be a successful bidder, in a contract amount that hasn’t been determined.

In October, in a blog entry, FirstNet CEO Mike Poth said FirstNet “will continue to execute the acquisition process outlined in the RFP beyond the Nov. 1 target date for the award.”

He provided no further specifics about when to expect the approximately $6 billion award to be made. Rivada’s court action could extend it for four months or more.

In AT&T’s motion to intervene the Rivada protest, the carrier said, “Because AT&T is within the competitive range and stands a substantial chance of receiving the award in this procurement, AT&T has a direct interest in the outcome of this case. As an offeror whose proposal was accepted into the competitive range and who is currently seeking to be awarded the contract under this procurement, AT&T has direct and substantial economic interests at stake in this case, and its disposition clearly could impair those interests.”

If AT&T is awarded the FirstNet contract, the carrier would gain access to a band of 20 MHz of spectrum. It is not known whether that will affect its bidding in the TV spectrum auction.