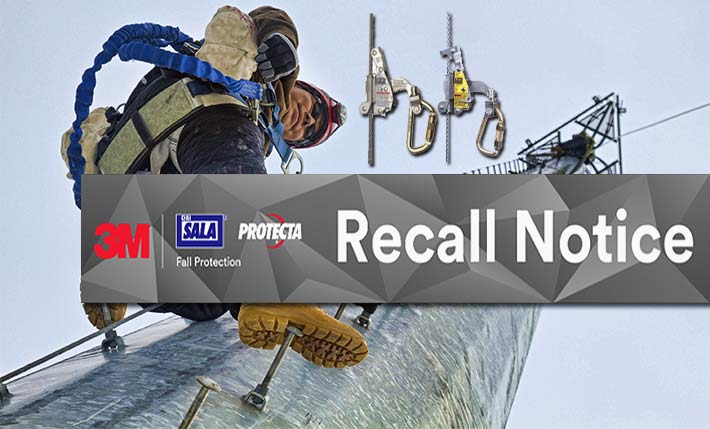 Capital Safety/3M announced a Stop Use and Recall/Replacement notice today for their original Lad-Saf sleeve after a limited number of incidents occurred involving a serious injury or death in the U.S. while tower climbers were using the sleeve.

Although Capital Safety/3M said their review didn’t reveal product hazard or risk scenarios that would arise in the ordinary and proper use of the sleeve, it did reveal potential misuse scenarios that could result in serious injury or death.

The potential misuse scenarios include interference with the braking mechanism, such as entanglement with cords, lanyards, clothing or other materials, or grasping the sleeve prior to or during a fall. A malfunction could also occur if a user attached the sleeve upside down.

Capital Safety/3M said that “no safety regulator has made a finding that the design of the original Lad-Saf sleeve is defective”.

Lad-Saf X2 and X3 sleeves are not being recalled.

Capital Safety/3M  has requested that those with the affected units should contact 3M customer services at 800-328-6146 (ext. 2012), or email them at LADSAFNA@mmm.com to discuss the replacement of returned units with an X2 or X3 sleeve at no cost, depending on the customer’s needs.

David Sams, SBA Communications VP of Risk Management, said that SBA would allow the X2 and X3 sleeves to be used on the company’s towers, “or any other vertical safety grab product such as Tuf-Tug”.

The recall notice is available here. 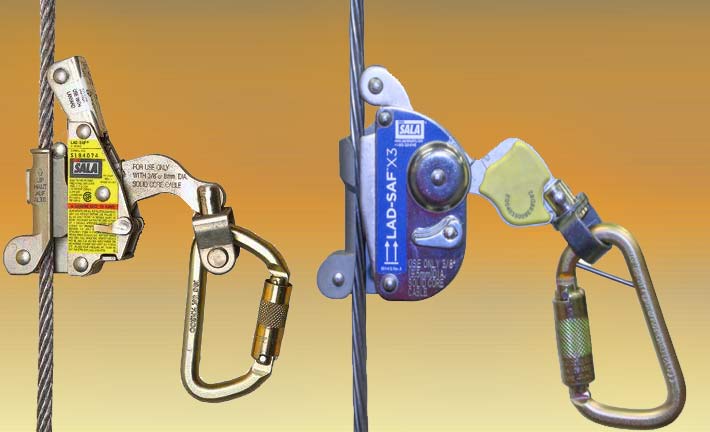 The Lad-Saf unit, at left, is being recalled and will be replaced by the Lad-Saf X2 or X3 units. According to one distributor, there had been discussions almost two weeks ago regarding the recall. It wasn’t until this morning that distributors were informed of the stop use notice.