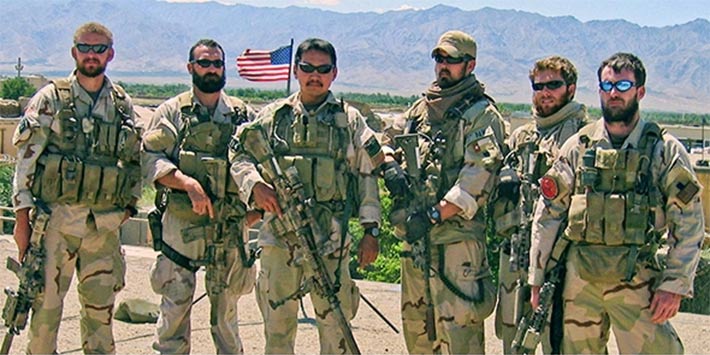 The National Association of Tower Erectors (NATE) announced today that decorated Navy Seal and renowned author Marcus Luttrell will deliver the keynote address at the NATE UNITE 2017 Conference in Fort Worth, Tex. on March 1, 2017.

On June 28, 2005, Luttrell and SEAL Team 10 were assigned to a mission to kill or capture Ahmad Shah, a high-ranking Taliban leader responsible for killings in eastern Afghanistan and the Hindu-Kush mountains.

The SEAL team was made up of Luttrell, Michael P. Murphy, Danny Dietz and Matthew Axelson. Luttrell and Axelson were the team’s snipers; Dietz was in charge of communications and Murphy the team leader. A group of goat herders stumbled upon the SEALs, the four SEALs immediately took control of the situation and discussed what to do with the herders.

After taking a vote and basing their decision on rules of engagement, Michael Murphy made the final decision to let them go. The herders were subsequently released and disappeared over the mountain ridge. Luttrell believed they immediately betrayed the team’s location to local Taliban forces and within an hour, the SEALs were engaged in an intense gun battle. In the ensuing battle, the rest of the SEAL team members were killed. 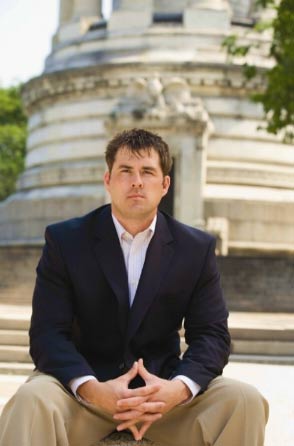 Badly wounded, Luttrell managed to walk and crawl seven miles to evade capture. He was given shelter by an Afghan tribe, who alerted the Americans of his presence, and American forces finally rescued him six days after the gun battle.

“Marcus Luttrell is a dynamic speaker and his background working with his Navy SEAL team will resonate with the men and women who collaborate with their respective crews to deploy America’s wireless infrastructure and next-generation technologies,” said NATE Board of Directors member Ben Little from Centerline Solutions, LLC in Golden, Colo.

“Additionally, NATE member companies have been on the forefront of hiring men and women with military experience and Mr. Luttrell’s appearance at NATE UNITE 2017 will allow the Association to continue to highlight the contributions that personnel with military backgrounds make to the wireless industry,” Little said.

Luttrell’s #1 New York Times best-selling book, Lone Survivor, tells the harrowing story of four Navy SEALs who journeyed into the mountainous border of Afghanistan and Pakistan on Operation Redwing. An unparalleled motivational story of survival, the book is also a moving tribute to the friends and teammates who did not make it off the mountain. A powerful testament to the courage, integrity, patriotism and community that forged these American heroes, Lone Survivor is an incredible account of teamwork, fortitude and modern warfare.

NATE UNITE 2017 will take place February 27 – March 2, 2017 at the Fort Worth Convention Center. NATE UNITE is widely regarded as the premier and most comprehensive educational event in the wireless and broadcast infrastructure industries. Luttrell is slated to speak during the NATE Keynote Luncheon on Wednesday, March 1, 2017.

Companies interested in NATE UNITE 2017 sponsorship or exhibiting opportunities are encouraged to call (888) 882-5865 or visit www.natehome.com.

“NATE UNITE 2017 is shaping up to be the best event the Association has hosted in our 22-year history,” said NATE Event Coordinator Shari Wirkus. “I encourage all stakeholders involved in the diverse landscape of the wireless and broadcast industries to make plans to attend today,” Wirkus said.

Marcus Luttrell Biography
Marcus Luttrell joined the U.S. Navy in March 1999 and became a combat-trained SEAL in January 2002. After serving in Iraq for two years, he was deployed to Afghanistan in the spring of 2005. As a SEAL, Marcus Luttrell was trained in weapons, demolition, and unarmed combat. He also served as Platoon medic.

After recuperating, he redeployed to Iraq for a second tour. In the spring of 2007, Petty Officer 1st Class Luttrell retired. He was awarded the Navy Cross for combat heroism in 2006 by President George W. Bush.

In his new bestselling book Service: A Navy SEAL at War, Marcus Luttrell turns his focus from his own experiences as a combat-trained Navy SEAL to the nature of service on America’s battlefields and the soldiers who give their lives to defend their nation and each other.