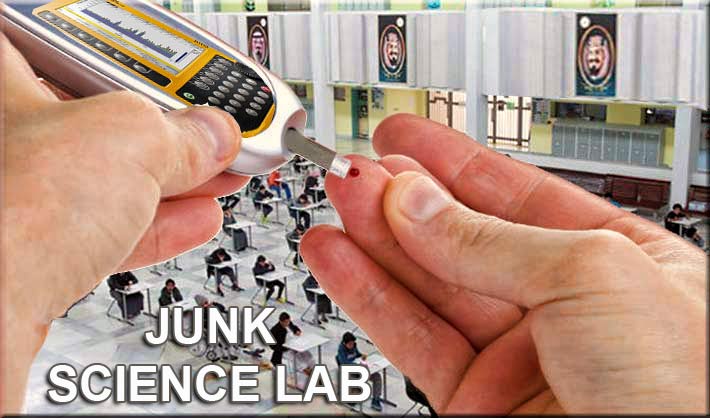 Parents nationwide are questioning the safety of cell towers on or near school campuses, and Wi-Fi within schools, and believe they are strengthening their position by embracing the recent publication of a study by Sultan Ayoub Meo of King Saud University that his research “has for the first time proved that the radiation from towers also causes diabetes mellitus,” according to an interview in the Arab News that has been re-published by telecom media.

Concerned individuals who do not want cell sites on school property, or anywhere even close, are singling out the study published in the International Journal of Environmental Research and Public Health, a well-respected Swiss science journal, but as their children are required to do, reading is required. And if they take the time to read the article, they’ll find that the study only points out a possible link, not definitive proof as the news article stated.

Correlation doesn’t mean causation
The research article concludes that a higher Radio Frequency Electromagnetic Field Radiation (RF-EMFR) level appears to result in a 5.4% higher level of HbA1c that could add to the risk of Type 2 Diabetes Mellitus, but noted that “This study is a relatively small sample size, and because of the cross-sectional design of the study we could not establish the causation.”

Sultan and his colleagues chose two elementary schools in Riyadh, Saudia Arabia, and selected 159 apparently healthy students (96 from one school and 63 from another school) of the same age, gender, nationality, regional, cultural and socio-economic status.

One of the study’s limitations was that it only involved males because in Saudi Arabia there is no co-education system at schools, colleges, and university levels.

Also, for comparison, it did not provide a provocation study, a form of medical clinical trial whereby the student participants would be exposed to a “sham” scenario involving no active exposure.

“Notably, the study appears to have disregarded any RF energy besides that at 925 MHz,” said Behr, pointing out that nowhere is any account given to the dense urban RF environment which often includes cellular frequencies, WiFi systems, microwave ovens, FM and TV stations.

“LBA has measured school RF environments for many years. One randomly selected Chicago school study found signals from 43 FM and TV stations whose power density exceeded the minimum of the Saudi study, some by as much as 405 times,” Behr said, calling the study ‘junk science’.

“In my opinion, failure to consider the magnitude of RF environment ‘noise’ at the schools, to say nothing of the unquantified ‘noise’ exposures of the students at home and in their daily lives, likely masks the research and renders the study useless.”

Although the study did not identify where the two schools were located in Riyadh, they could have been near other RF environments that could have skewed the study. In example, across the street from King Saud University where Meo teaches are two large communications towers, one being the state-owned Saudi Broadcasting Corporation tower.

Student exposure only tested in two schools
In School 1, a MPBS had been installed on a residential building about 650 feet away from the school building. RF-EMF was measured by using the Narda Safety Test Solution SRM-3006 which identified that the RF-EMF was 9.601 nW/cm2 at a frequency of 925 MHz, and students had been exposed to RF-EMFR for a duration of six hours daily, five days a week. This was the researcher’s ‘high’ exposure platform.

The second school was also located almost the same distance from an MPBS, but the recorded RF-EMF was 1.909 nW/cm2 at the same frequency. This school was used for their ‘low’ exposure platform. 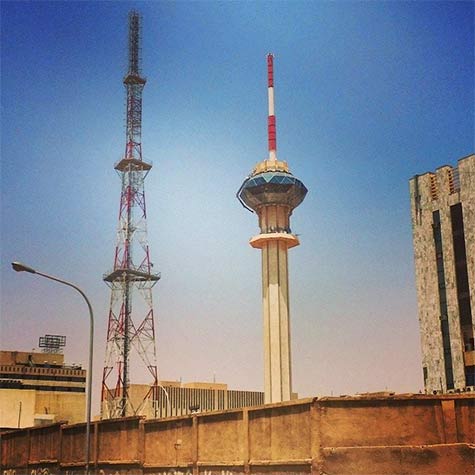 The report did not consider RF from two broadcast towers in the center of Riyadh where the study was done. Both structures were across the street from the researcher’s office.

The RF-EMFR was measured at three different points including the center, as well as the corners, of the classroom. The researchers recorded the RF-EMFR two times per day at each point and the results were similar during all tests. However, the researchers reported no attempt to measure or otherwise quantify RF exposure of the students for the time out of the classroom. Thus students were only followed for 30 hours (18%) out of their 168 hour week.

In the case of cellular and PCS cell site transmitters in the U.S., the FCC’s RF exposure guidelines recommend a maximum permissible exposure level to the general public of approximately 580,000 nanowatts per square centimeter at 925 MHz.

Although no US cellular systems use this frequency, this safe limit is many times greater than RF levels typically found near the base of a cell tower, and is 50 times greater than the power density recognized by the FCC, ANSI, OSHA, and other bodies at which any health effects occur.

In August, unnamed parents of a 12-year-old student at Fay School in Southborough, Mass. filed a $250,000 lawsuit against the oldest junior boarding school in the country claiming the school’s strong Wi-Fi signal caused the unnamed boy to become ill due to Electromagnetic Hypersensitivity Syndrome (EHS).

The private school hired a testing company and “found that the combined levels of access point emissions, broadcast radio and television signals, and other RFE emissions on campus ‘were substantially less than one ten-thousandth (1/10,000th) of the applicable (FCC) safety limits,’” the school’s statement said. 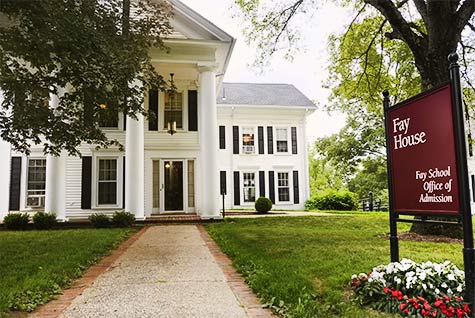 In a letter on the school’s website, Fay said that the school brought in an independent technology firm, Isotrope, recommended by the boy’s parents, to test the school. Isotrope concluded that Fay’s WiFi emissions were “substantially less than one ten-thousandth of the applicable safety limits (federal and state).”

The World Health Organization acknowledges the existence of EHS, but clarifies it “is not a medical diagnosis, nor is it clear that it represents a single medical problem.”

A number of tests have indicated that some people report medical problems when they are exposed to electromagnetic fields, but slightly less than when they report that they became ill when there was no active exposure. But when the experiments were performed double-blind, with neither the participant nor the researcher knowing which scenario is which, these effects disappear.

Electromagnetic sensitivity said to drive girl to suicide
Last July the media took at face value the claim by a 15-year-old’s parents that their daughter had committed suicide in June after developing an allergic reaction to Wi-Fi at her school. She was found hanged near her home in Chadlington, England. 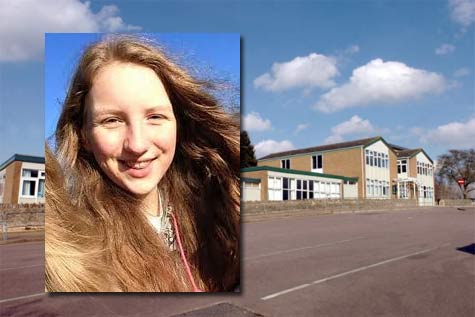 Fifteen-year-old Jenny Fry committed suicide, according to her parents, because she suffered from electro-hypersensitivity caused by the Wi-Fi at her school. Her symptoms were never investigated by a doctor.

The girl’s mother said at an inquest that their daughter started showing signs of EHS in November 2012. She said she did some research and found how dangerous Wi-Fi could be so she had it taken out of their house.

She claimed that her child had suffered from EHS and it caused her to be tired, and have headache and bladder problems.

However, after becoming increasingly distressed by her symptoms, her parents never had them evaluated by a physician.

The girl had been suffering from depression for a number of years and had made suicidal threats, according to news reports.

According to surgeon/scientist David Gorski, “The bottom line is that, despite lots of research, no one has ever been able to convincingly show that (1) low energy electromagnetic radiation (as from Wi-Fi routers or cell phones) has any deleterious effects on health or (2) people claiming to be ‘electrosensitive’ or ‘allergic to Wi-Fi’ are able to tell when they are being exposed to Wi-Fi or cell phone signals that they believe to be the cause of their symptoms. The overwhelming evidence supports the conclusion that electromagnetic radiation of the sort produced by Wi-Fi routers does not cause health issues and that EHS is a psychosomatic disorder.”

The World Health Organization (WHO) agrees:
“In the area of biological effects and medical applications of non-ionizing radiation approximately 25,000 articles have been published over the past 30 years. Despite the feeling of some people that more research needs to be done, scientific knowledge in this area is now more extensive than for most chemicals. Based on a recent in-depth review of the scientific literature, the WHO concluded that current evidence does not confirm the existence of any health consequences from exposure to low level electromagnetic fields.”

“In spite of their dramatic findings,” Behr said, “the paper’s authors appear to backtrack and agree with WHO, writing: ‘The possibility of induction of biological and health effects by low energy radiation emitted by MPBS remains a debatable issue. In spite of decades of research, there is still ongoing discussion…’. ”

Real versus junk diabetes science
While the Saudi researcher is raising concern amongst parents of school children about a link between diabetes and cell towers, as reported in industry media, another researcher from the University of Virginia is taking smart phone technology to the next level so that parents and children with Type 1 diabetes can use an app that would keep blood-glucose levels at a specific target number. 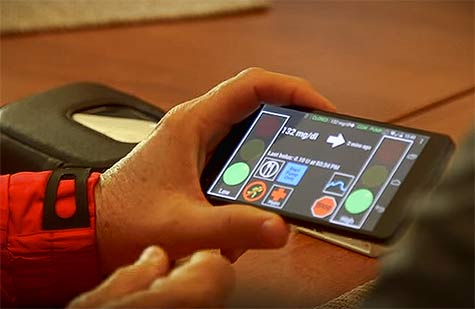 The app will manage Type 1 diabetes and avoid diabetics having to frequently use finger pricks to check their blood-glucose sugar levels.

Researcher Boris Kovatchev, director of the UVA Center for Diabetes Technology, backed by a $12.6 million grant from the National Institute of Health, has been working with a team that has created a system using a Bluetooth blood-glucose sensor that checks every five minutes, reporting the results to a smart phone.

The app analyzes the data and wirelessly controls a discreet, wearable insulin pump attached to clothing or a belt and releases insulin into the blood stream with a very fine needle that doesn’t cause pain to the user.

The algorithm adapts to each patient’s sugar shifts and insulin sensitivity and prevents spikes. It alleviates the need for diabetics to frequently check their blood-glucose levels with finger pricks. Two final phases of trials, in collaboration with the Food and Drug Administration, will take place at various clinics in the US, France, Italy, and the Netherlands, and should be completed in four years.