David Reynolds has been in a coma for two weeks after being rescued from a tower owned by American Tower Corp. in Missouri. He was working on an AT&T project while employed by Overland Contracting , Inc.

UPDATE: June 2, 2016 – OSHA said today that they have thoroughly reviewed the incident that resulted in a 38-year-old Tennessee tower technician lapsing into a prolonged coma after being rescued two weeks ago off of a cell tower in Bethany, Mo., and have closed their investigation after finding that the incident was not work-related.

OSHA Kansas City, Mo. Area Director Barbara Theriot said that there was no indication that David Reynolds was injured in any manner while working on a tower on May 19, 2015 and his injuries were most likely from other non-work-related influences.

She said that Black & Veatch, the parent company of Overland Construction, Inc., Reynolds’ employer, “provided a very thorough incident description and report,” and in conjunction with her office’s findings provided by OSHA compliance officer Melvin McCrary, “there was no evidence of any fall or traumatic injury.”

McCrary said that he had inspected Reynold’s PPE equipment and could not find any indication that there had been an incident where the tech could have fallen.

He also had numerous interviews with Reynold’s crew members.

Theriot said that she was not allowed to discuss the hospital’s attending physician’s report.

Although a Tennessee tower technician has been in a coma following his rescue from a tower in Bethany, Mo. two weeks ago, his employer said they are still waiting for medical reports to see if it was work-related.

He contacted crew members on the ground, letting them know that he had severe back pain and needed to be rescued.

After calling for emergency assistance, his co-workers lowered him to the ground to awaiting EMS personnel, according to his wife, Vickie, who said that she was informed by a company project manager that David, after he was lowered, “couldn’t feel his legs and had trouble breathing,” but was told nothing else.

While at Truman Medical Center in Kansas City, Mo., David went into cardiopulmonary arrest and was brought back by surgeons who operated on him to reduce swelling in his brain. He has been in a coma since the surgery, Vickie said. 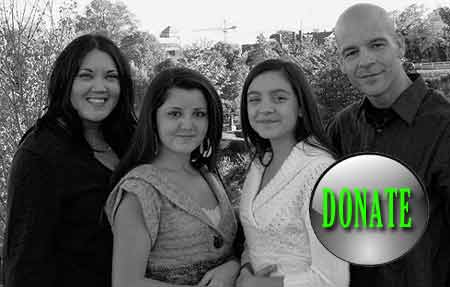 A fund has been set up to assist the Reynolds family in their time of need.

On May 27, a neurosurgeon informed Vickie that David was not responding to any stimuli, preparing her for the worst prognosis a loved one ever wants to hear. But on May 31 her spirits were elevated when she was informed that there was a slight response to light pulses in one eye.

In a statement on May 27, Black & Veatch, Overland Contracting’s parent company, said, “Our thoughts and prayers are with Mr. Reynolds and his family. We have not determined what caused Mr. Reynolds to be injured and we have an active ongoing investigation.”

Black & Veatch said that they had contacted OSHA within the 24 hour time frame, as per protocol, and provided all required documentation.

Prior to 2015, reporting was only required for work-related in-patient hospitalizations of three or more employees. The current requirement reduces it to one employee, and it must be reported within 24 hours of learning about it.

A spokesperson for American Tower said Wednesday, that to his knowledge, no one had contacted his company regarding the incident and he was not aware that there had been a rescue on one of their structures.

David has been a tower tech since 1998 and is known for his considerable industry knowledge as well as his stamina to work in all types of conditions, oftentimes taking on tasks that would normally require two people to complete, according to a number of fellow tower techs that spoke with Wireless Estimator.

“He never complained about strenuous work, even while working with injuries as many of us do. For him to have his back hurt so much that he had to ask to be rescued isn’t the man that I know,” said one former co-worker and friend.

One associate stated that David once finished a job while nursing a broken arm.

David’s physical strength and endurance has led to speculation amongst his friends that his plea to be rescued would likely be from an on-site accident or that he might have suffered suspension trauma that was compounded while he was being rescued. An unconfirmed report circulating is that he might have had a couple of issues with medical treatment that may have caused or led to his current condition.

But at this time, David may be the only one who knows what happened. And unless prayers and medical care assist in an immediate recovery, the industry will have to wait until OSHA and Black & Veatch’s investigations are completed.

If the incident is found to be work-related, additional funds may be available to his wife and their two daughters.

In the meantime, the industry is encouraged to assist the family by contributing to a fund that has been set up to assist the Reynolds.