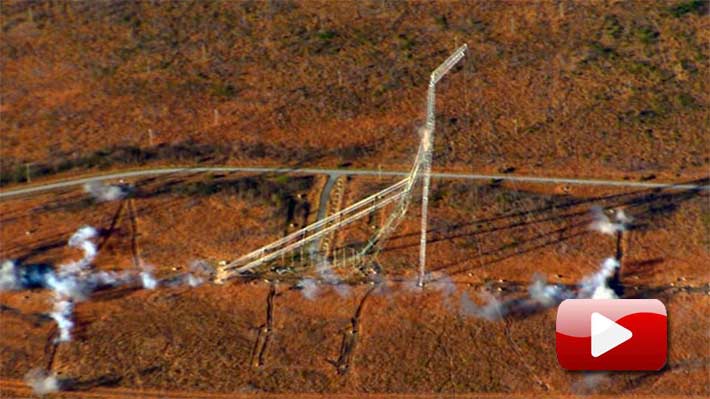 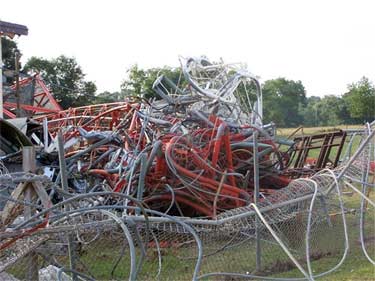 A second tower collapsed during the Georgia demolition.

But almost ten years ago another planned demolition went terribly wrong when Controlled Demolition was hired to remove a broadcast tower in Doerun, Ga. after it had been structurally damaged after an Army Chinook helicopter crashed after coming in contact with the guyed tower.

The structure fell as planned during the evening of June 7, 2006, but a guy wire curlicued around an adjacent tower’s guy wire, collapsing that one as well.

Wireless Estimator provided exclusive coverage of the event with pre-planning photography and analysis of what could have caused the sister tower to collapse.

The loss of both of the towers was estimated to be approximately $3 million.