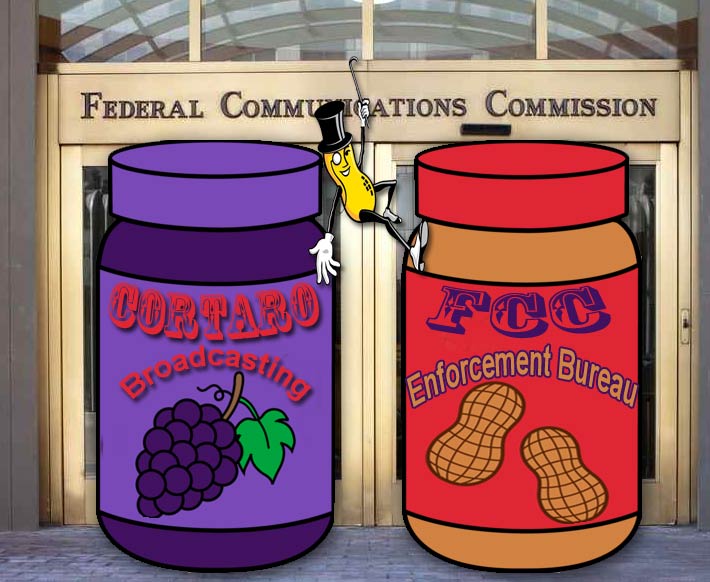 Unlike the compatibility of PB&J, the FCC’s Enforcement Bureau finds Cortaro Broadcasting’s lack of compliance unpalatable

It is likely that Cortaro Broadcasting, a Coolidge Ariz. company that owns, KCKY-AM, a Spanish language religious broadcaster, might hold the title for operating a small station with the most FCC violations when last week Cortaro was cited for not having a property fence, and the gates in both individual tower fences were held closed with a loose loop of chain that could be easily lifted off the adjoining fence post, allowing  the gates to swing open freely.

Agents also said that KCKY was using incorrect transmitter power, had no staffing at the transmitter building and EAS logs were not available.

The FCC is familiar with the broadcaster, having issued on May 1, a notice of violation for not having the proper obstruction lighting on two of its AM towers.

During the investigation, a KCKY representative stated that he was unaware of the requirement to observe the lights and report outages.

Like the fencing notice, ahead of a Notice of Apparent Liability (NAL) and a fine, Cortaro has an opportunity to fully explain each violation, including all relevant surrounding facts and circumstances.

Pero espera hay mas (But wait, there’s more)
On March 14, 2016, Cortaro was issued an NAL for willfully and repeatedly failing to maintain a complete public inspection file and was fined $4,000.

Specifically, there were no copies of applications filed by Cortaro since 1983, no ownership report since 1990, no radio issues/programs lists since 1994, and no copies of any time brokerage agreements.

KCKY was granted its first license in 1965 and began life as an English-language country music station. Singers Lee Hazlewood and Waylon Jennings worked at KCKY briefly. Hazlewood hosted a weekly Saturday night show on the station which featured guitarist Duane Eddy and a house band.