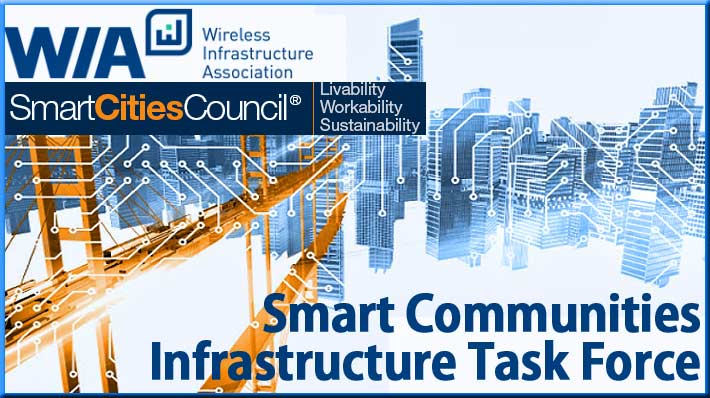 The Wireless Infrastructure Association(WIA) and the Smart City Council (SCC) announced today the creation of the Smart Communities Infrastructure Task Force with a primary objective of educating and empowering communities and stakeholders as they work to deploy the wireless and wireline broadband networks that are essential to smart city applications.

More than 62 percent of the U.S. population lived on just 3.5 percent of the nation’s land in 2015, according to the U.S. Census Bureau. With an ever-increasing concentration of citizens, cities face many common challenges associated with urbanization – increased levels of vehicular traffic, crime, pedestrian foot traffic, and power and water consumption – and seek to address these challenges with the adoption of robust communications networks and associated Smart City solutions.

“Our goal is to create a cross-functional group of experts from the wireless broadband industry and from government who understand how best to apply broadband, IoT and other essential technologies to create smarter Cities and Communities’, said Jonathan Adelstein, President and CEO of WIA.