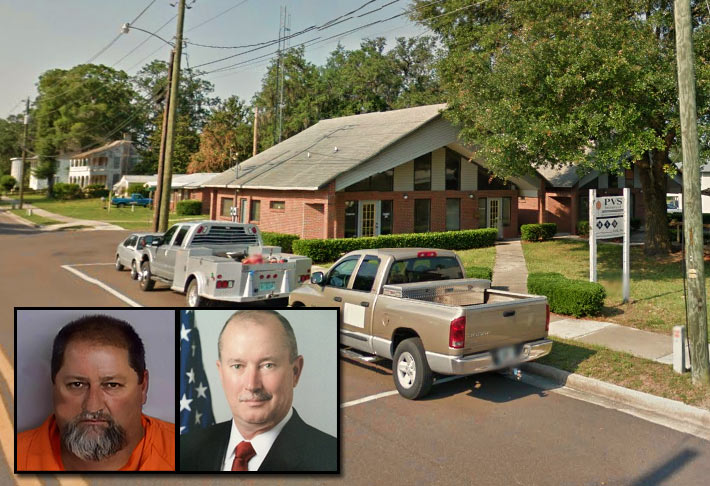 William Wilson (left) and Timothy Donelson were two of four co-conspirators that received almost $16 million from fraudulent invoices. Wilson threatened to slit the throats of a co-conspirator’s family, according to authorities.

Oct. 12, 2017 – Update and Correction: Timothy Donelson, who was arrested on Oct. 4 for participating in a bribery and kickback conspiracy was employed by Level 3 Communications, according to his LinkedIn page, during the period when he allegedly co-conspired with three other individuals who are charged with the issuance of almost $16 million in fraudulent invoices. 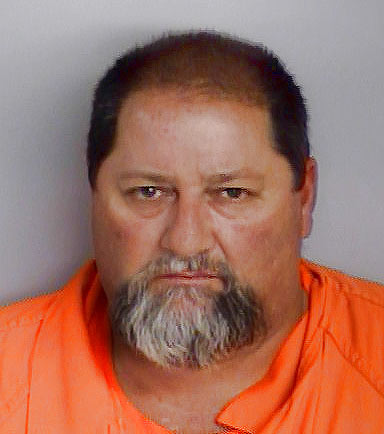 Donelson’s arrest record identified that he was employed by Zayo Group.  However, he was not employed by Zayo when the thefts occurred as was previously reported by Wireless Estimator.  A Zayo representative said he is no longer an employee and they have strict anti-bribery and anti-kickback policies​, and extensive processes in place to prevent such conduct.

Donelson’s LinkedIn page says he was a vice president for Level 3 from May 1999 through Feb. 2014, joining Zayo Group in Aug. 2015 as a regional vice president. The indictment states the scheme to defraud began no later than July 2010 and continued through at least July 2015.

Mathew LumHo, who was employed at the Department of Defense and has been accused of placing numerous fraudulent orders, has been released on his personal recognizance and is scheduled for arraignment tomorrow morning.

Contractor William Wilson, who appears to have orchestrated the criminal activity according to the indictment, is currently in jail in Bradford, Fla. Prosecutors have filed a motion to keep him in prison and transported to Virginia until his trial since they believe that he is a danger to the community and especially to witnesses. Wilson threatened to cut the throats of his co-conspirators and their family members if they provided any information to the government.

Oct. 11, 2017 – A Florida wireless contractor and three other men were indicted on Oct. 3 for participating in a bribery and kickback conspiracy involving a contract for the Department of Defense’s Office of Inspector General (DOD OIG) where the contractor was paid millions of dollars for fraudulent invoices.

According to allegations in two companion indictments and other documents reviewed by Wireless Estimator, William “Bill” S. Wilson, 52, President of MSO Tech, Inc. of Lake Butler, Fla. paid hundreds of thousands of dollars in kickbacks to Timothy Donelson, 56, of Georgia, and Ronald A. Capallia, Jr. 37, of Alabama in return for favorable treatment with a government contract, the Washington Interagency Telecommunications System (WITS 3).

The indictment also alleges that Wilson paid tens of thousands of dollars in bribes to Mathew Kekoa LumHo, 42, of Virginia, then employed at the DOD OIG, in return for LumHo placing numerous fraudulent orders through a prime contract awarded to Level 3 Communications where Donelson was employed as a senior director and then as a vice president within Level 3’s federal markets group.

Capallia, who indirectly reported to Donelson, was employed as a program manager and then as a senior manager within Level 3’s federal markets group.

Wilson founded MSO in 2000 and the company managed projects for major carriers, taking raw land opportunities to operating cell sites. Over the years MSO developed a niche in fiber optic design and installation.

The indictment alleges that in return for the kickbacks, Donelson and Capallia provided favorable treatment to Wilson’s companies, including Donelson’s award of a subcontract to Wilson to provide information-technology related support services to the DOD OIG, notwithstanding that Wilson’s company focused on cell site and fiber optic construction, and construction management, and had no relevant expertise in information technology.

Capallia similarly caused his employer repeatedly to order items such as computer software and hardware and routine office moving services from Wilson’s construction company despite the lack of any legitimate business or economic reason to do so, according to the indictment issued by the U.S. Attorney’s Office of the Eastern District of Virginia.

Threatens to slit the throats of co-conspirator’s family members
According to a court filing to keep Donelson in jail after he was arrested on Oct. 4, prosecutors offered a compelling case for Wilson’s detention. 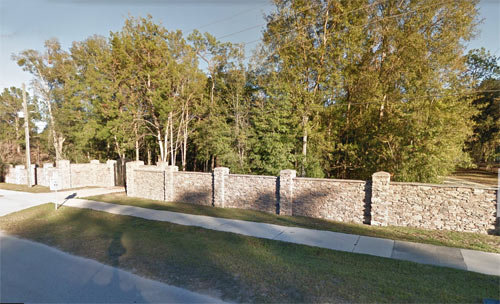 William Wilson’s two-acre lot and home in Starke, Fla. and other assets will be confiscated if almost $16 million in fraudulent payments can’t be recovered.

Wilson repeatedly threatened to murder his co-conspirators and their family members and to violently attack other potential government witnesses, and had made further threats of violence against law enforcement officers investigating this case on at least three separate occasions, and recently resisted his arrest while making threatening references to his nearby stockpile of ammunition and explosives, investigators said.

“In short, no condition or combination of conditions could reasonably assure the safety of potential witnesses in this case or the community at large if the defendant were released pending trial,” said United States Attorney Dan J. Boente on Friday.

In his filing, Boente said when Wilson was made aware of the ongoing law enforcement investigation he met with one of his co-conspirators and threatened, in graphic detail, to murder him and his entire family if he cooperated with the government.

“More specifically, the defendant stated that he would slit his co-conspirator’s family members’ (i.e., his wife and minor children’s) throats, then slit his co-conspirator’s throat after making him watch the murders of his family members. The defendant went on to state that he would take all of their bodies out to a lake and anchor them all down, apparently to prevent their bodies from being found,” Boente’s statement said.

Wilson is alleged to have also talked about taking a baseball bat to another potential government witness, and driving to another state to drag yet another individual involved in the case “into the hills and kill him.”

Threatens law enforcement officers as well
in July 2016, when law enforcement agents searched the offices of Wilson’s businesses, there was a hostile stand-off with the agents, during which he claimed that he had the area surrounded with men and asked if the agents wanted him to call those men off.

An agent searched Wilson for weapons at that time and found none on his person. Wilson then left the scene in his truck, and when he drove back to the premises, he refused to comply with repeated requests to get out of the truck and show his hands, according to a court document.

When he eventually did get out of the truck, the agents observed that he was newly armed with a knife in his front pocket.

Additional weapons, including firearms, were also found inside of the offices of the Wilson’s businesses.

Wilson claims he had 20,000 rounds of ammunition and explosives
On Oct. 4, Wilson resisted arrest and made additional threats of violence to law enforcement. When he was first approached and informed that agents had a warrant for his arrest, Wilson refused to comply with repeated instructions to put his hands behind his back and surrender peacefully to authorities.

“Instead, he declared to the agents that they were going to have to ‘talk about this in my office’. The agents were aware, based on the prior law enforcement search, that Wilson kept firearms in his office. Wilson then turned and began to walk towards his office,” the document read.

Multiple armed agents surrounded him, as Wilson, a stocky 5′-10″ tall, continued to resist arrest to the point that five agents had to brace him against the wall of a building and place three sets of handcuffs on him. Once in custody, Wilson continued to struggle and make threats that he would harm the agents if the handcuffs were not removed.

While being transported to Jacksonville, Wilson asked an agent, “Where was the ATF today?” The agents stated that there were no ATF agents present at his arrest. Wilson replied that he had 20,000 rounds of ammunition and explosives in his office.

Approximately $16 million in charges are fraudulent
According to the indictment, the illegal proceeds obtained totaled $15,730,250.

Bank records confirm that Wilson paid over $330,000 to a shell company owned by Donelson and he wrote checks to an automobile dealership to pay for a portion of the purchase price of two different Ford F150s bought by Donelson.

Wilson, according to bank records, placed Capallia’s wife on the payroll of one of his companies, and paid over $500,000, after tax, into the joint account of Capallia and his wife under the pretext of paying Capallia’s wife a salary for actual work that she performed.

However, evidence appears to establish, according to the investigation, that the supposed job for Capallia’s wife was a fiction.

Law enforcement officers interviewed a substantial number of the employees in Wilson’s small construction company, including his mother who is the office manager, a project manager, and a construction manager, and they could not recall her performing any services.

In July 2016, when agents searched the offices of Wilson’s companies, they found the basic paperwork necessary to place Capallia’s wife on the payroll, but no timesheets, emails, letters, memoranda, or any other documentation.

Records also show that Wilson showered Capallia with kickbacks that included over $60,000 in airfare, hotel accommodations at the Walt Disney World Grand Floridian Resort, and Disney Caribbean cruises for Capallia, his wife, their minor children, Capallia’s relatives, Capallia’s friends and friends’ children, and on at least one occasion, airfare and hotel accommodations for babysitters to watch Capallia’s minor children.

Investigators said that bank records will further show that for the better part of 2012, Wilson arranged to have checks issued to LumHo’s father-in-law as though he had a job working for Wilson’s company. But yet again, this supposed job was a sham through which Wilson funneled bribes to LumHo.

Donelson personally awarded over $30 million worth of subcontracts and subcontract amendments from Level 3 to Wilson’s companies.

Donelson’s shell company, according to the indictment, offered fake invoices for work that was never done, such as one for $75,312 for “Cleared Norfolk RR/CSX RR ROW along RR tracks from Fargo to Council, GA.”

Both Norfolk Southern and CSX confirmed, according to investigators, that they never hired Wilson, Donelson, or any of their companies to perform work of any kind. And CSX further confirmed that it does not even have railroad tracks between Fargo and Council, Ga.

Donelson, apparently assured that his fake invoices would go undetected, duplicated a fake invoice on March, 6, 2015 for “Phillips Pasture – Land Clearing” for $10,000, an identical scope of work and fee previously invoiced on Jan. 23, 2015.

Amongst many perks in addition to payments for falsified invoices, and cash, Donelson received $60,000 for the purchase of property in Winchester, Va. adjacent to his home. He sold that property in 2016 and now lives in Marietta, Ga.

Each defendant has been charged with conspiracy to commit wire fraud. The companion indictments further charge Wilson, Capallia, and LumHo with False Claims Act violations, charge Wilson and LumHo respectively with bribery and acceptance of bribes, and charge LumHo and Donelson with false statements.

Actual sentences for federal crimes are typically less than the maximum penalties. A federal district court judge will determine any sentence after taking into account the U.S. Sentencing Guidelines and other statutory factors.

LumHo, Donelson and Wilson have retained counsel. Capallia says he is indigent and is being represented by a public defender.