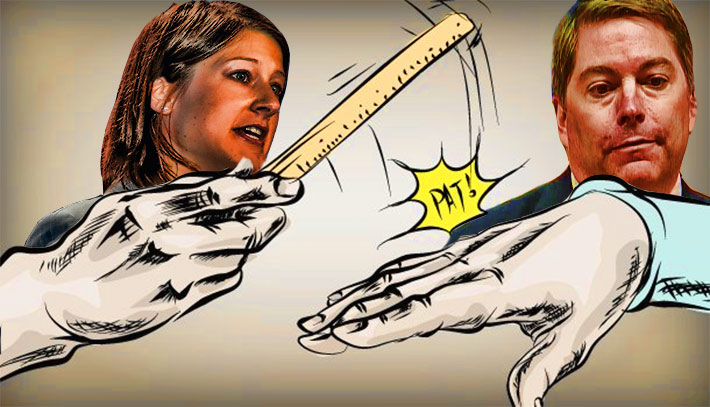 FCC Commissioner Michael O’Rielly violated a federal ethics law when he called for the re-election of President Trump at a panel discussion with fellow FCC Republicans Ajit Pai and Brendan Carr at the Conservative Political Action Conference (CPAC) on February 23, according to the US Office of Special Counsel (OSC).

The violation came to light after the OSC’s Deputy Chief Erica S. Hamrick replied to American Oversight with the below letter after the advocacy group filed a complaint against O’Rielly.

The OSC said it issued a warning letter to O’Rielly. Although he wasn’t punished for the violation, he could be if he violates the law again. As an FCC commissioner, “O’Rielly is covered by the Hatch Act and prohibited from using his official authority or influence for the purpose of interfering with or affecting the result of an election,” the OSC’s letter said. 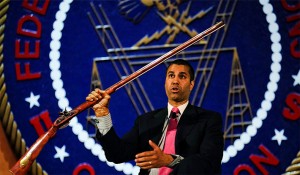 FCC Chairman Ajit Pai was symbolically presented with a Kentucky handmade long gun in recognition of his receiving the National Rifle Association’s Charlton Heston Courage Under Fire award at the same CPAC gathering in February where Commissioner Michael O’Rielly was found by the OSC to have violated an ethics law.

“OSC has advised Commissioner O’Rielly that if in the future he engages in prohibited political activity while employed in a position covered by the Hatch Act, we will consider such activity to be a willful and knowing violation of the law, which could result in further action pursuant to 5 U.S.C. § 1215,” the reply to American Oversight said.

The OSC said, “Despite his words, Commissioner O’Rielly explained to OSC that he was not advocating President Trump’s reelection but was attempting to answer the question asked, which he understood to be about preventing the next Administration from reversing the FCC’s net neutrality decision. Commissioner O’Rielly explained that his ‘answer was meant to relay the point that the only way to retain that current outcome was to maintain the current leaders in government. In other words, retaining the current Administration is the only sure way to prevent regulatory ping-ponging.’ But Commissioner O’Rielly did in fact have an answer to the moderator’s question that was not partisan—legislative action by the Senate—which he expressed only after suggesting the solution was to ‘make sure that President Trump gets reelected’.”