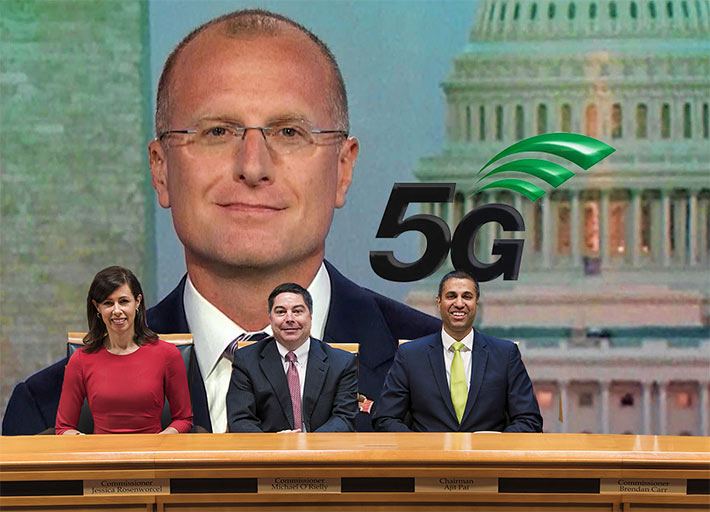 As expected, the FCC voted this morning to approve rules, available here, designed to speed up the deployment of small cells and other 5G network equipment by regulating in part the fees and timelines cities and states can impose on wireless network operators and other wireless players. 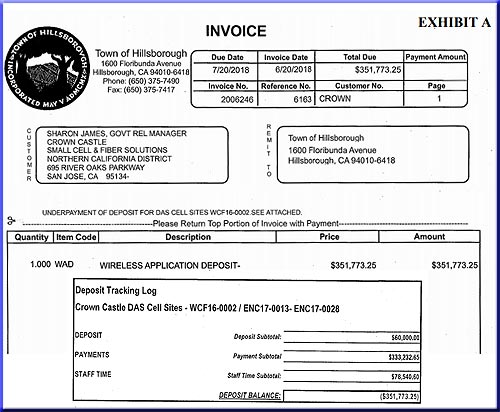 In correspondence last week to the FCC, Crown Castle supported the FCC’s action to limit application fees. Identified in the above invoice, Crown said that it submitted applications for 16 nodes to Hillsborough, Calif., and was assessed $60,000 in application fees. Not only did Hillsborough go on to deny these applications, following that denial, Crown said they also sent them an invoice for an additional $351,773, most of which appears to be related to outside counsel fees— all for equipment that was not approved and has not yet been constructed.

Although Democrat FCC Commissioner Jessica Rosenworcel voted for the rules, she dissented in part, stating, “Instead of working with our state and local partners to speed the way to 5G deployment, we cut them out. We tell them that going forward Washington will make choices for them — about which fees are permissible and which are not, about what aesthetic choices are viable and which are not, with complete disregard for the fact that these infrastructure decisions do not work the same in New York, New York, and New York, Iowa.” 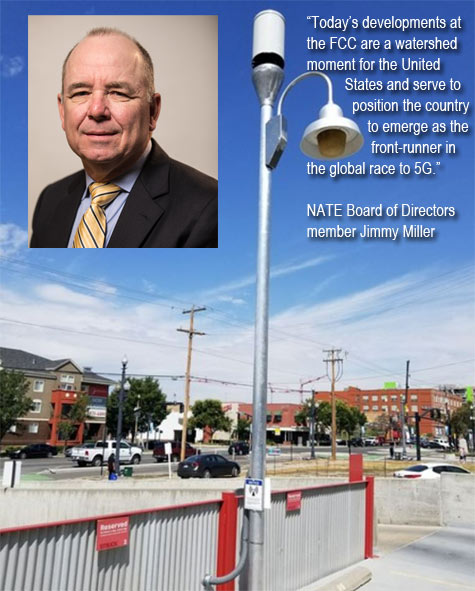 The second part of the Commission’s decision, the Third Report & Order in the Wireless Infrastructure Docket:

Industry associations applauded the rules’ passage with the National Association of Tower Erectors (NATE), stating that it is a major step forward in preparing the country’s infrastructure and regulatory environment to deploy 5G wireless services.

“Today’s developments at the FCC are a watershed moment for the United States and serve to position the country to emerge as the front-runner in the global race to 5G,” said NATE Board of Directors member Jimmy Miller from Gulfport, Miss.

“NATE member companies continue to be instrumental on the front lines deploying the small cells and related wireless infrastructure and today’s action by the FCC will provide a consistent framework and roadmap for both industry and state and local governments to adhere to. At the end of the day, the citizens of the United States are the big winners of today’s developments as they will ultimately have access to next-generation wireless services for use in their homes and occupations,” added Miller.