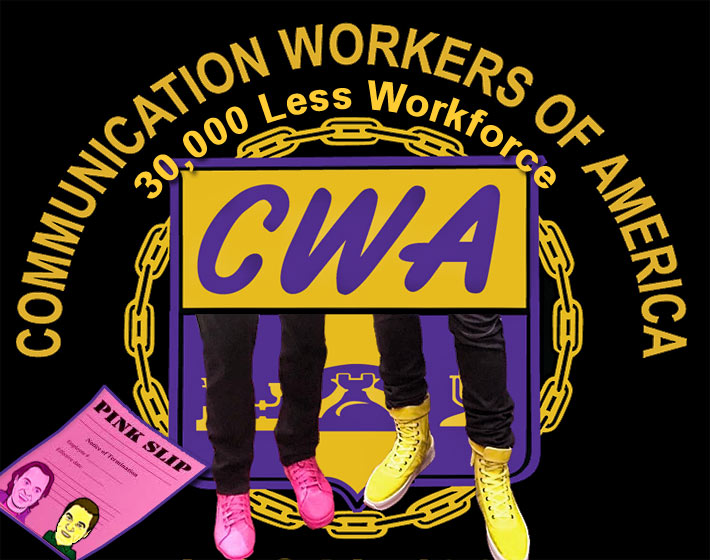 The Communications Workers of America (CWA) has again reached out to the FCC, blasting the proposed $26 billion acquisition of Sprint by T-Mobile, alleging that the carriers’ claims that the merger would provide “robust competition to the 5G era” is a red herring and it will likely result in pink slips for 30,000 jobs across the nation. Last August, the CWA informed the FCC that 28,000 workers could be in jeopardy of losing their jobs.

CWA submitted new comments yesterday to the FCC on the proposed T-Mobile/Sprint merger. The new filing asserts that T-Mobile and Sprint have failed to show that there would be verifiable, merger-related public interest benefits that would outweigh the substantial harm the deal would cause to working people and consumers.

“CWA’s FCC filings make it clear that while the merger’s harms to the public interest are predictable and well-documented, the supposed benefits of the merger remain highly speculative and unsubstantiated,” said CWA Research and Policy Director Debbie Goldman. “The FCC should not approve this merger as presently constructed.”

The CWA said that while T-Mobile and Sprint continue to make vague promises that the merger will create thousands of jobs, the data and the companies’ track records tell a different story. Updated analysis in CWA’s new comments finds that the merger would result in the loss of approximately 30,000 jobs across the country – 25,500 job cuts from the elimination of duplicate retail stores and another 4,500 job cuts due to duplicate headquarters functions.

The comments outline additional areas of concern with the proposed merger including the two companies’ long history of labor and employment law violations; the loss of competition from the proposed horizontal merger; T-Mobile and Sprint’s failure to prove verifiable public interest benefits that will result from the merger; and serious national security concerns regarding possible integration of Chinese government-owned Huawei and ZTE equipment in their networks.