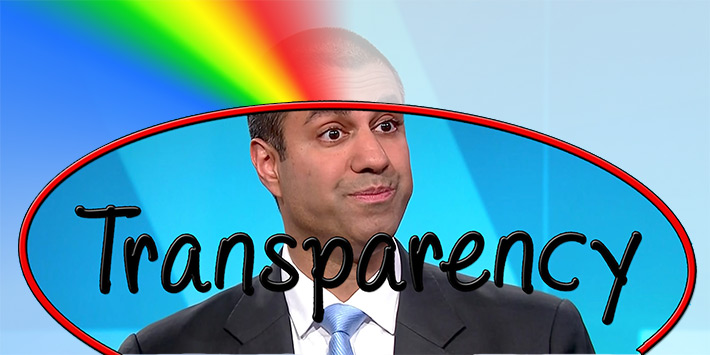 FCC Chairman Ajit Pai introduced a pilot plan in February of 2017 of providing an advance three-week document availability for items being considered by the FCC. A bill has been introduced by Illinois GOP Congressman Adam Kinzinger to make it permanent.

Illinois Congressman Adam Kinzinger has introduced H.R. 6422, the Federal Communications Commission (FCC) Transparency Act, which would require the FCC to publish on their website the documents to be considered by the Commission at least 21 days ahead of a vote, a pilot plan introduced by FCC Chairman Ajit Pai last year.

Upon introduction of H.R. 6422, Kinzinger released this statement:

“As a member of the House Energy and Commerce Committee, I’m proud to serve on the Subcommittee on Communications and Technology as we work on strong, bipartisan bills that impact the lives of all Americans. From rural broadband to mobile communications, television broadcast to cyberspace and national security, members of this Committee work hand-in-hand with the FCC to facilitate innovation in our economy and protect consumers.

“We must ensure that the American public has access to rules the FCC is proposing so they can provide input. This will help the FCC be more responsive and productive while also keeping our government more open and transparent to those we serve. I’m grateful to have the support of my colleagues, as well as Commissioner Mike O’Rielly, and I look forward to bringing this legislation through committee.”

The FCC Transparency Act is supported by FCC Commissioner Mike O’Rielly.  In his support, Commissioner O’Rielly released this statement:

“I applaud Representative Kinzinger on reintroducing the Federal Communications Commission Transparency Act. This legislation codifies the current and critical Commission practice of publicly posting items three weeks in advance of their consideration at monthly Commission meetings. As a result of this practice, unnecessary discussions of non-existent issues have been eliminated, conversations are more productive, Commissioners are still speaking their minds and negotiating internally on items, and work product has greatly improved. I have also seen comments from all Commissioner offices — Republican and Democrats — in favor of the practice. Despite the broad support for this program, as well as Chairman Pai’s effort to initiate this reform for added agency transparency, I believe codifying this practice is important to ensuring its longevity.”