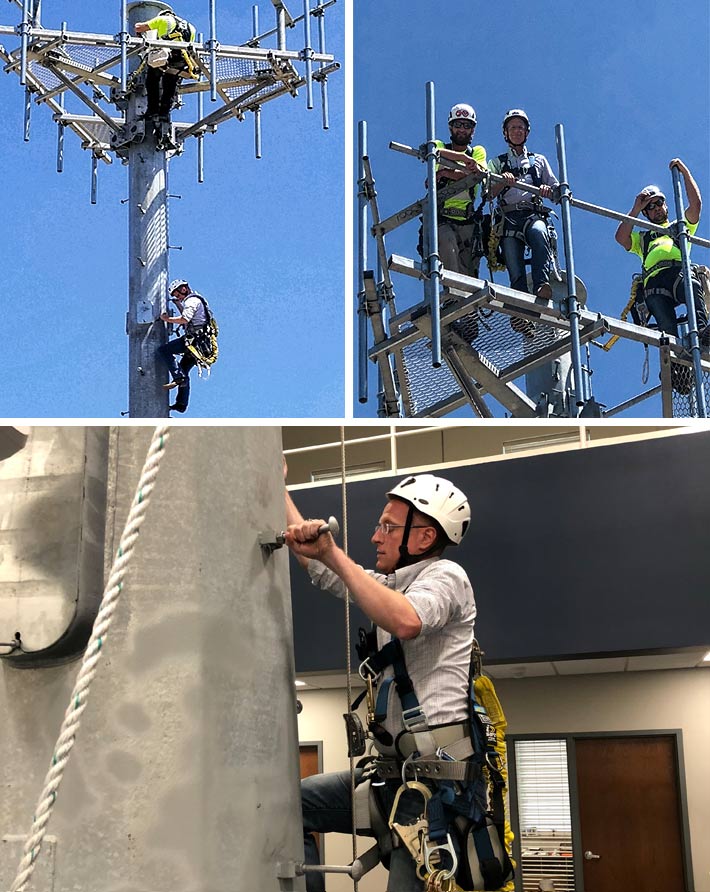 FCC Commissioner Brendan Carr practiced his climbing technique on a training tower inside the new Sioux Falls Tower & Communications Training Center in Sioux Falls, S.D. He then used that training to climb an outdoor monopole and appreciate the exacting disciplines required of a tower technician. 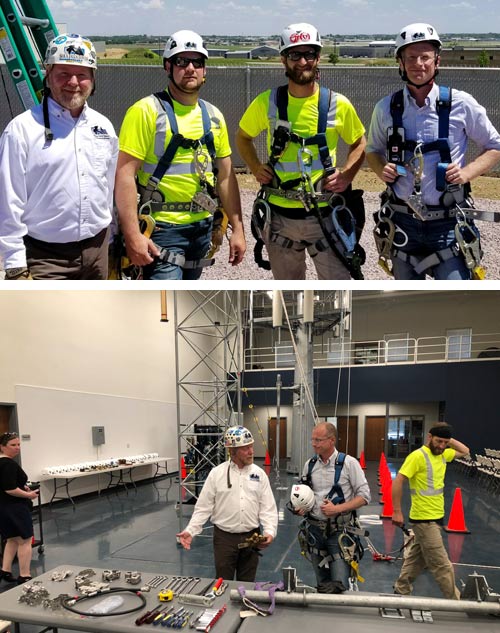 During the event, management and workers from NATE member company Sioux Falls Tower & Communications visited with Commissioner Carr about the work the company conducts on a daily basis safely building, maintaining and deploying communications tower sites and related wireless infrastructure.

NWSA accredited Practical Examiners, who are licensed to administer the organization’s field-based assessments leading to worker certification, were also on hand to update Commissioner Carr on the industry’s training requirements and the process involved for workers to obtain NWSA certification credentials.

The highlight of the day was providing Commissioner Carr with the unique opportunity to be fitted with the appropriate fall protection equipment and experience climbing several of the training towers at the Sioux Falls Tower & Communication facility under the watchful guidance of the company’s trainers.

“It was great to host Commissioner Carr today to provide him with a tour of our company’s new training center and visit with the Commissioner about the safety and quality benefits associated with the NWSA’s national worker certification programs,” stated Sioux Falls Tower & Communications President and CEO Craig Snyder.

“NATE appreciates Commissioner Carr and his colleagues who serve on the Commission for their commitment and willingness to get out in the field and receive these hands-on, tangible experiences,” stated Executive Director Todd Schlekeway. “Commissioner Carr’s climbing opportunity today serves to reinforce the prominent role that highly-skilled tower technicians play every day to safely deploy infrastructure and enable connectivity in the United States and beyond,” added Schlekeway.