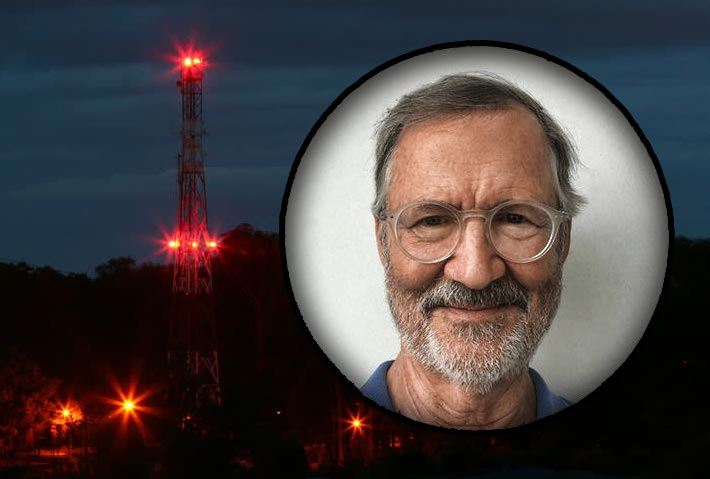 UPDATE: January 28, 2019 – Services have been announced for American Tower founder Steven Dodge who passed away Jan. 17, 2019 following a bicycle accident.

He served on several boards of directors including, Sotheby’s, The Cabot, Dana Farber Cancer Institute, Endicott College, and Montserrat College of Art, among others.

Throughout his professional endeavors and personal relationships, Dodge repeatedly demonstrated the importance of maintaining genuine humility, selfless generosity, and a sense of humor. Despite his extraordinary success, Dodge is remembered and revered most for his quiet leadership qualities, specifically his ability to mentor and instill confidence in others.

Education was the primary target of Dodge’s sometimes anonymous gifts. With his wife Anne, he made meaningful contributions to institutions attended by his children including Brookwood School, Brown University, Middlesex School, Milton Academy, and University of Vermont.

He also made impactful contributions to Boston Renaissance Charter School, Montserrat College of Art, Cabot Performing Arts Center, and Root, among many others. Dodge had his favorite getaways and pastimes, including fishing the mountain streams in Chile with sons Tom and Ben, brother Martin, son in law Darren Foote, and close friends.
——–
January 17,. 2019 – Entrepreneur, mentor to many, and trailblazer Steven Dodge, who founded American Cablesystems, American Radio Systems,  American Tower Corporation and Windover Development, died in a bicycle accident in Florida on Wednesday evening, according to authorities.

Dodge, 73, was hit by a car while riding his bike in Bonita Springs where he oversaw the operation of Windover Development, a building contracting firm he started in 2003 that builds high end single family homes and commercial buildings. 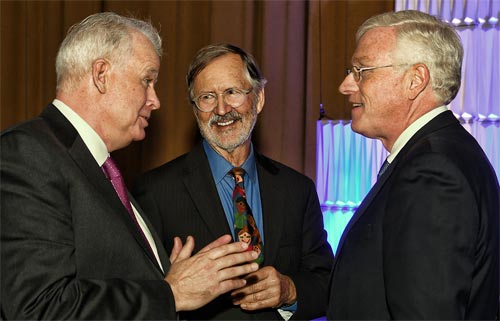 Dodge was inducted into the Wireless Infrastructure Association’s newly established Hall of Fame in Washington, DC on Nov. 14, 2018.

He was the Chairman of American Tower Corporation when he announced his retirement in 2004.

In handing over the reins to Jim Taiclet who replaced Dodge as CEO in 2001, he said upon his retirement, “I believe that at this stage the shadow of a founding Chairman serves no productive purpose, and that in fact this very talented group will find it energizing to have its own space, with complete accountability for its own results.”

Dodge touched and mentored many lives.

“Steve’s legacy in our sector is without equal, he was friend and mentor to me and so many others; we all owe a huge debt of gratitude to him for his leadership in helping create and form this great industry,” said Marc Ganzi, CEO of Digital Bridge Holdings.

“I am deeply saddened by the news of Steve’s passing,” said Tony Peduto, CEO of CTI towers, Inc.

“ I have not only known Steve from American Tower where he brought me into the industry, but I worked for Steve in my very first job out of school at American Cablesystems.  I had the pleasure of seeing him the night of his induction to the Wireless Infrastructure Hall of Fame this past November.  He was a great businessman who always had as one of his four goals for every company to ‘have fun.’  Knowing Steve for over 35 years, I am truly saddened and wish Anne, his wife, and his family condolences on Steve’s passing.  I will remember him fondly and look back on a lot of fun while he pioneered the cable and tower industries,” Peduto said.

“The entire WIA community was saddened by the passing of Steve Dodge, a giant in our industry,” said Wireless Infrastructure Association President and CEO Jonathan Adelstein.

“Words cannot describe the impact Steve had on the wireless industry. He was a true visionary who founded multiple companies including American Tower, setting our industry on its current course of tremendous growth and innovation. I am so pleased Steve was rightfully honored as an inaugural inductee in the Mobile Infrastructure Hall of Fame. Steve was mentor to many in our industry and the thoughts and prayers of all of us at WIA are with Steve’s family and many friends,” said Adelstein.

American Tower CEO and Chairman Jim Taiclet said, “Our company’s founder, Steve Dodge, was a true pioneer in three industries; cable, radio, and mobile and broadcast infrastructure. Even more so, he was a tremendous family man, mentor and friend. He blended incredible business acumen with a wonderful sense of humor and care for people. He will be sorely missed by each of us whose lives he touched.” 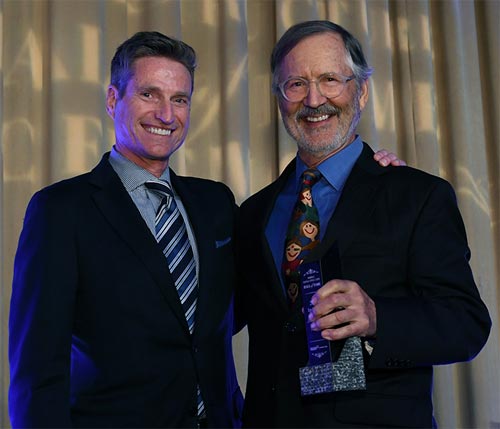 In 2002 when all towerco stocks were reeling, Dodge tackled rumors of an imminent bankruptcy filing head-on after American Tower’s stock plummeted from a 52-week high of $16.30 to $.74.

“The interests of our stakeholders, including our employees, are being undermined by false rumors and innuendo. The fact is, we are experiencing strong sequential quarterly EBITDA growth and margin expansion, as we drive toward free cash flow in the first quarter of 2003,” Dodge said.

Dodge received his B.A. in English at Yale University  before serving in the Navy, where he achieved the rank of Lieutenant.

Wireless Estimator will provide services information when they are announced.