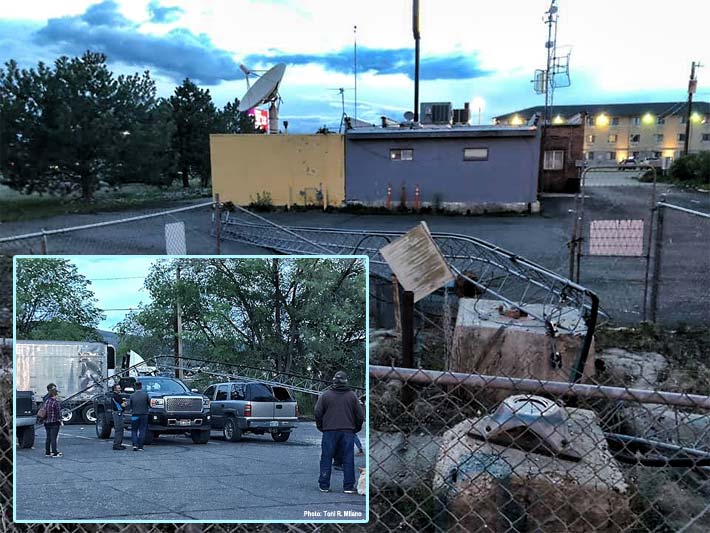 The 198-foot guyed tower collapsed into a parking lot of Garabaldi’s Restaurant at 7:30 p.m.

ELK-AM in Elko, Nevada is off the air after its tower collapsed into a parking lot of a restaurant damaging several cars last night. No one was injured. The 198-foot tower, located behind the station, fell after a semi-truck hit a supporting guy wire. It could be several days before the station is back on the air. No injuries were reported. 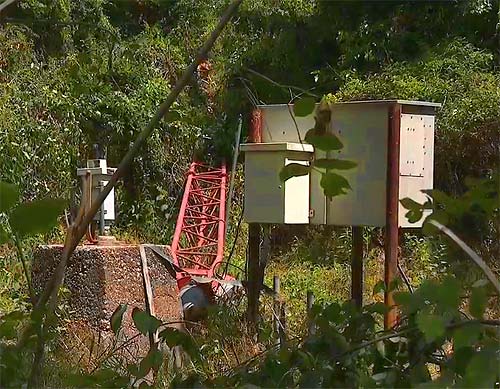 A Chattanooga, Tenn. Public Works equipment operator clipped the guy wire of this 205-foot tower. The City of Chattanooga provided the station owner $198,000 to replace the structure

This is the second broadcast tower that collapsed this month due to a guy wire being cut by a vehicle.

On May 20, 2019, a Chattanooga, Tennessee Public Works equipment operator fixing sewer lines toppled a 205-foot tower owned by religious broadcaster WNOO. There were not injuries.

The city acknowledged that they were at fault and the Chattanooga City Council this week approved emergency funding for the station in the amount of $198,600 to replace the tower, a price that some industry observers might find to be a considerable award.

The station is back on the air with a weaker signal transmitting from a temporary tower.