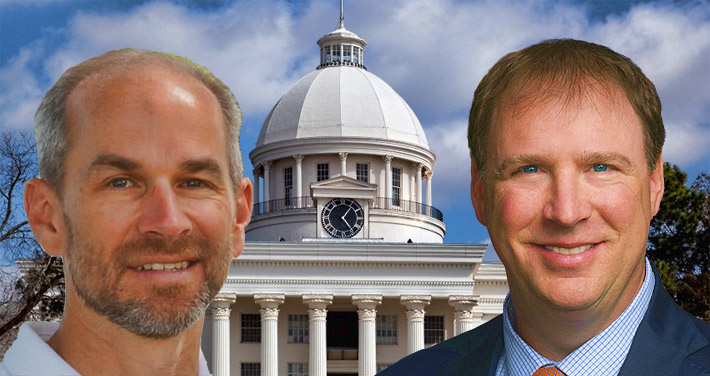 Michael Sandifer, left, will take the helm of the Alabama Wireless Association from Andy Rotenstreich who founded the association in 2003.

Michael Sandifer has been elected by the Board of Directors of the Alabama Wireless Association (AWA) to serve as the organization’s next president.

Sandifer, who has served as the co-vice president of the AWA for more than ten years, will assume the role in June 2019. He has served in various leadership roles spanning more than 25 years in wireless, and brings both carrier and consultant experience to his role at the AWA.

Sandifer assumes the role from Andy Rotenstreich, who founded the AWA in 2003 and has served as the organization’s president since its founding. Rotenstreich is an attorney and office managing shareholder at the law firm of Baker Donelson, where he has a wide-ranging wireless telecommunications practice in the Southeast United States, and represents major wireless carriers throughout the region, as well as tower companies and other telecommunications industry clients.

Under his leadership, the AWA helped found the State Wireless Association Program (SWAP) in an effort to help establish state wireless associations throughout the United States. The organization also raised more than $230,000 for local charities through the annual AWA golf tournament held each June.

“I am honored to take the baton from a leader who has done so much for the Alabama wireless community. I’m excited to continue the momentum we have gained at promoting industry awareness and am eager to grow the relationship opportunities we have already developed, both internally and externally,” said Sandifer.