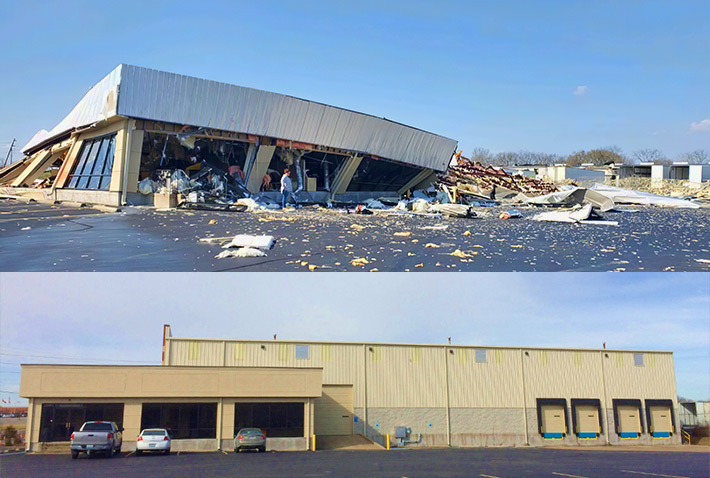 The tornado that tore through East Nashville, Tennessee Tuesday morning shredded one of the nation’s largest tower technician training facilities to pieces, but through the support of many individuals and companies, ComStar LLC was back up and running in less than 24 hours, with only “minor hiccups,” President Rick Ledford informed Wireless Estimator. 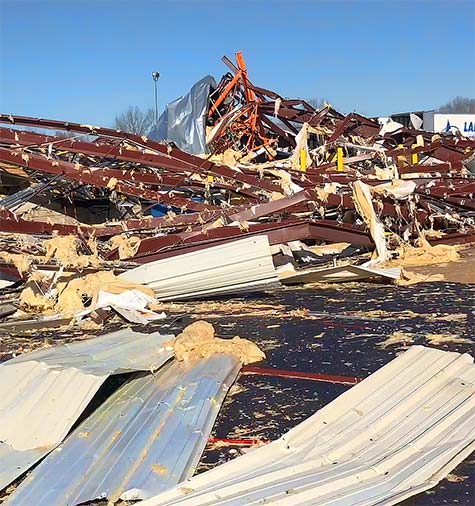 Knowing that the tornado had cut a wide swath of destruction where his training center was located, Ledford rushed to the 8351 Eastgate Blvd. location Tuesday morning only to find his 22,500-square-foot building an almost unrecognizable twisted mass of steel beams interwoven with training towers all torn from the facility’s foundation.

Ledford said that he was blessed to have the industry and local support to quickly become operational in a Brick Church Road business park and have access to local towers for training.

More importantly, he said, he was thankful that the tornado did not come through a few hours later when his classes were in session.

“Sadly, a security guard in a facility near us lost his life,” said Ledford.

The man was one of 24 people killed by the series of tornadoes and violent storms that rolled through Tennessee. Authorities are still searching for dozens of missing people.

He said he has had all of the debris cleared from the foundation and is weighing his options to quickly rebuild or look for an alternative location.

The tornado that hit Nashville was rated a strong EF-3 with maximum winds estimated at 165 mph, close to the 175 mph strength of the Cookeville tornado in Putnam County, 80 miles east of Nashville, which was rated EF-4 and was blamed for 18 of the 24 deaths, some as young as three years old.

Although major carriers had outages due to the tornadoes, Verizon appeared to have additional network problems in Cookeville due to fiber cuts, according to Verizon spokeswoman Kate Jay.