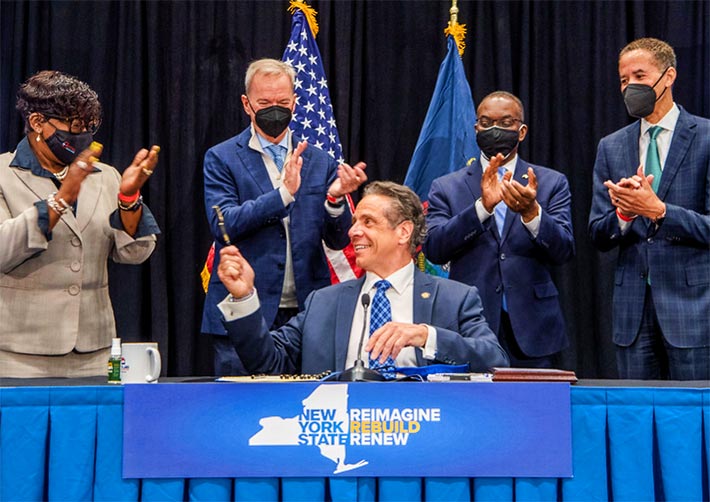 ISPs claim the state requirement is preempted by federal law.

ISPs will also be required to allow low-income subscribers to purchase broadband service on a standalone basis, separate from any phone or television service.

The lawsuit states that there are already multiple federal programs that ensures that “broadband is both available and accessible to low-income households.”

“I knew giant telecom companies would be upset by our efforts to level the playing field, and right on cue, they’re pushing back. This is nothing more than a transparent attempt by billion-dollar corporations putting profit ahead of creating a more fair and just society.

“Let me be abundantly clear — providing internet in the Empire State is not a god given right. If these companies want to pick this fight, impede the ability of millions of New Yorkers to access this essential service and prevent them from participating in our economic recovery, I say bring it on.”