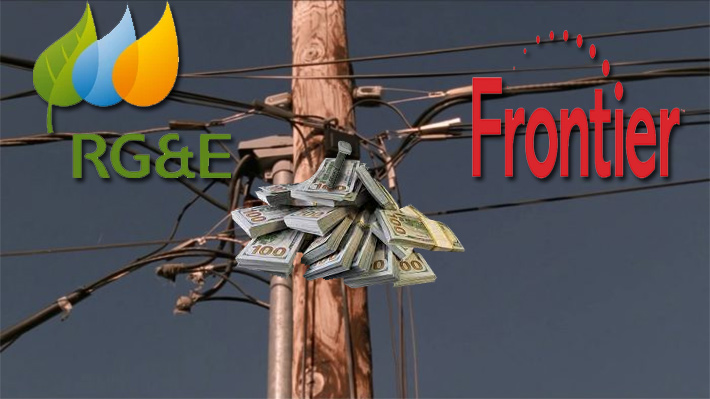 Frontier  Telecom of Rochester Inc., a subsidiary of Frontier Communications, received a $5 million fine. RG&E also settled for a $5 million fine to resolve the dispute, with $2.5 million suspended pending compliance with the order. Frontier emerged from Chapter 11 bankruptcy on April 30, 2021. The company is transforming its wireline network from primarily copper lines to fiber-to-the-premise (FTTP). The company announced earlier this month that its FTTP network will be passing 10 million locations by 2025.

The NYS Public Service Commission (PSC) has reached two joint settlement agreements valued at $10 million that resolve penalty amounts for alleged violations against Rochester Gas & Electric Corp. (RG&E) and Frontier Telephone of Rochester, Inc. (Frontier).  The settlements reached on August 12, 2021, come after a PSC investigation found that Frontier and RG&E allowed non-conforming pole attachments to remain in place on their respective utility poles without remediation, which is in violation of state safety standards.

The settlement will help fund wired broadband service to underserved communities in NY through the NYS Broadband Program Office (BPO).  In its decision, the Commission accepted a negotiated settlement of $5 million against RG&E to resolve the dispute, with $2.5 million suspended pending compliance with remediation guidelines, and it accepted a negotiated settlement of $5 million with Frontier. The $7.5 million in immediate funds will go into an escrow account to be used by the New York State Broadband Program Office (BPO).  The BPO will disperse the funds.

In addition to helping provide broadband service to unserved or underserved areas in New York State, the $10 million in settlements also include remediation metrics that require RG&E and Frontier to fully remediate all identified safety issues on their poles and conduct a full audit of their service territory and fix any safety violations found as a result.

Frontier will have right of first refusal for locations served by Frontier or its New York affiliates in future BPO solicitations funded by the Frontier settlement. The two agreements will immediately deposit $7.5 million into a fund to be administered by the BPO to expand wireline broadband in the state to those who need it most.

These agreements will also ensure that all known safety violations will be remediated immediately, and that all poles in the service territories will be inspected and made safe by December 2022.