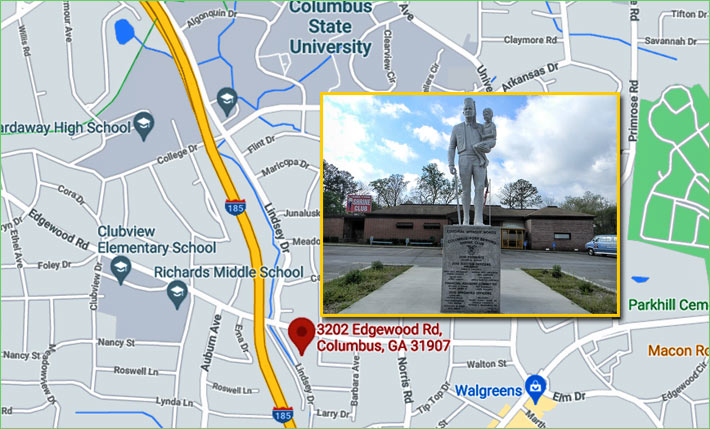 The lawsuit claims that the Columbus City Council provided no written record why a special exception application for a 150-foot monopine on a 3.2 acre lot owned by the Columbus-Fort Benning Shrine Club was denied.

Municipal Communications of Atlanta, GA filed a lawsuit against Columbus, GA and its mayor and council members stating that it is violating federal law by blocking its requests to build a T-Mobile cell tower that’s necessary to improve coverage in the area near heavily trafficked I-185.

Though T-Mobile already has 37 cell sites in Columbus, Municipal told a Georgia federal court Thursday that the carrier still has coverage gaps in the vicinity of Edgewood Rd. and Interstate 195.

However, when it came time for the city council to vote on a rezoning application, one of the council members interrupted the city attorney. “…before he could even state the application number or the property address, the District 5 Council Member interrupted him with a motion to deny. The District 10 Council Member seconded the motion, the Mayor called the vote, and the motion to deny was approved,” the complaint states.

Municipal also alleges that when Columbus’s attorney reached the special exception use application’s place on the agenda, he did not introduce it for action by the Council. Instead, he said the application “has been mooted” by the denial of the rezoning application.

Municipal claims that the Telecommunications Act of 1996 (TCA) requires the denial of a request to construct or modify personal wireless service facilities to be detailed in writing was not “supported by substantial evidence contained in a written record”.

The lawsuit alleges that denial of the rezoning application seeking to rezone the property owned by the Columbus-Fort Benning Shrine Club from RMF1 to RO did not make the special exception use application moot because a local ordinance allows concealed support structures like Municipal’s proposed 150-foot monopine tower in the RMF1 zoning district.

Municipal said it had found acceptable properly zoned properties in its search ring, such as the Columbus Country Club, Clubview Elementary School, and Richards Middle School, but none of the owners of those properties was willing to allow a tower on its property.

It then found the 3.16-acre property east of Interstate 195 and south of Edgewood Rd.

Municipal said it had submitted all of the required documents and photo simulations of the monopine to the city’s Planning Department staff and the Planning Advisory Council reviewed the applications and recommended to the Columbus Council that it grant the applications and approve the requested rezoning and special exception use.