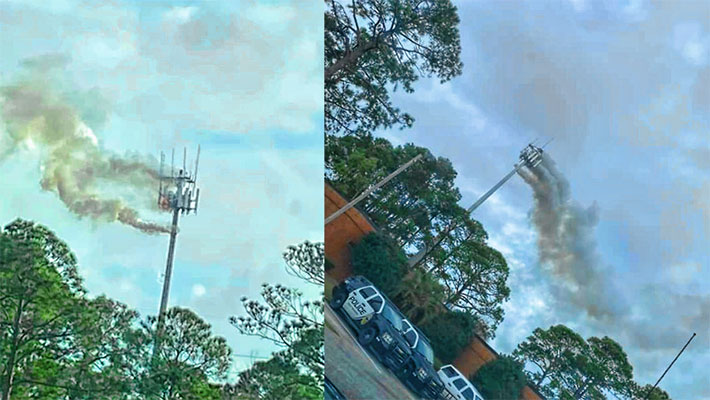 On New Year’s Eve, firefighters responded to a cell tower that was on fire at West 2nd Street, City of Gulf Shores, AL.

According to city officials, the fire was immediately extinguished and emergency service communications were not affected.

The 150-foot monopole, constructed in 2006, is owned by Verizon and managed by American Tower Corp. It is unknown if maintenance was being performed on the structure when the fire occurred.

According to city documents, Gulf Shores has a franchise agreement that allows the fire and police departments to utilize the structure behind police headquarters without paying any lease fees.