When a corporate insider such as an officer or director buys or sells their company’s publicly-traded  stock they’re required to file a Form 4 with the Securities and Exchange Commission. American Tower Corporation Chairman, President and CEO James Taiclet did that yesterday when he sold 47,000 shares in a transaction that occurred the day before at a price of $100.99, for a total valuation of $4,746,530. 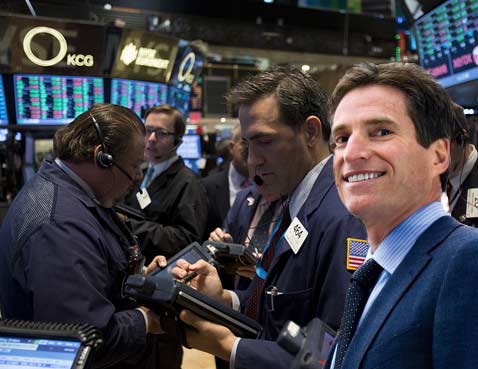 If news aggregators can be believed, James Taiclet’s 47,000 shares were sold by James D Jr and his Executive Vice President might be hitting the bricks soon.

Once the form became public on the SEC’s web site, scraper programs on financial sites kicked in and found the information and other available data, and software-driven articles appeared, some with fictitious bylines that are almost as humorous as their headlines.

An additional article pointed out: “This is a major stock unloading, and one that is unlikely to remain unnoticed,” hoping that readers will notice a pay-for-click sponsored message from Ron Paul warning of the world’s continued path towards a financial apocalypse, a meltdown that might have been ignited on August 6, 2013 when Taiclet sold 100,000 shares.

Stock ownership varies with the top three towercos
And by tomorrow, after Taiclet’s insider trade ends its typical 48-hour news cycle, some folks may still be concerned that Taiclet is running out of stock to sell other than his remaining 190,342 shares directly owned and 88,976 shares in a grantor retained annuity trust as detailed in his SEC Form 4.

However, according to an April 9, 2015 notice to stockholders, Taiclet beneficially owned 1,386,290 shares where he has sole voting and investment power. The total also includes vested stock options and/or restricted stock units.

Those beneficial shares are not broken down and a request to American Tower for additional information was not returned.

Is American Tower’s EVP  no longer an MVP?
Adding to comical news aggregation, but believed by some to be professional journalism, was breaking news today that American Tower Executive Vice President William Hess sold 10,000 shares and he might be headed out the door or up the ladder.

A news article on OCTA Finance said, “William Hess, the well informed man, who’s for the time being the EVP – Int’l. Operations of American Tower Corp…”.

The below list provides the beneficial ownership of  shares of executive officers and directors for American Tower, Crown Castle International and SBA Communications, according to their latest filing with the SEC.