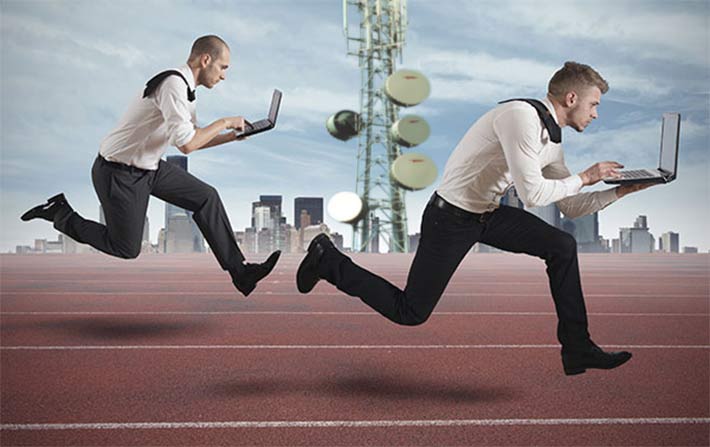 The Federal Communications Commission released its 18th report to Congress on competition in the wireless industry which sheds little light on whether or not carriers are competitive.

The Wireless Telecommunications Bureau said in its report that the goal of the Commission is to promote competition and it “must continue to play an essential role in the mobile wireless industry,” hopefully leading to lower prices and producing innovation and investment in wireless networks.

The 140 page report using data from RootMetrics, Cisco, Wireless Estimator, Mosaik, RBC Capital Markets , FCC research reports and other resources, examined various facets of the mobile wireless industry including market concentration, the conduct and rivalry of service providers, and competition in other segments of the industry, including spectrum and backhaul.

The deep dive into wireless competition wasn’t intended to provide conclusions, the FCC stated in the report. “Given the complexity of the various inter-related segments and services within the mobile wireless ecosystem, any single conclusion regarding the effectiveness of competition would be incomplete and possibly misleading in light of the complexities we observe. This Report instead focuses on presenting the best data available on various aspects of competition throughout the mobile wireless ecosystem and highlights several key trends.”

O’Rielly and Pai concerned about their inability to have input
FCC Commissioner Michael O’Rielly, as he did last year, said that the Commission, not the Bureau, must report annually about the state of the mobile industry.

“I will continue to object to this continued delegation of authority to staff. The data in this report is being used by this Commission as a foundation for regulatory decisions and, therefore, should contain input from and be approved by the Commissioners. Further, the statute states that the report must contain ‘an analysis of whether or not there is effective competition.’”

O’Rielly said he was amazed that with more than 90 percent of Americans having a choice of four or more wireless providers that the Bureau cannot conclude whether or not the industry is competitive.

Commissioner Ajit Pai is also concerned that he cannot weigh in on the report.

“My involvement in this report was limited to receiving a Christmas-week, after-dark email attaching it. Even though Commissioner O’Rielly and I requested that all Commissioners be allowed to vote on the report, the Chairman’s Office denied our request and directed the Bureau to release it over our objections,” said Pai.

“The bottom line: this FCC will never find that there is effective competition in the wireless market, regardless of what the facts show. That’s because doing so would undermine the agency’s goal of expanding its authority to manipulate the wireless market—a goal it can’t accomplish if it deems that market healthy.”

CTIA says ‘let the facts speak for themselves’
After the FCC released its report, CTIA- The Wireless Association Vice President of Regulatory Affairs Scott Bergmann issued the following statement: “The facts speak for themselves: fierce competition in the U.S. wireless industry spurs billions in annual network investments, world-leading devices and applications and unparalleled quality and service – all of which provide benefits to consumers, businesses and the economy. Indeed, the previous statements of Chairman Wheeler and the Department of Justice illustrate the many ways that consumers benefit from the U.S. wireless marketplace.”

PCIA – The Wireless Infrastructure Association has not issued a statement regarding the report.

“The Report affirms an alarming trend of continued consolidation into the hands of the two dominant carriers measured by any metric,” it said, “including amount of low-band spectrum, wireless revenues, or connections, to name a few.  With the incentive auction just around the corner, this is a critical time for the wireless industry.  The FCC must do everything possible to ensure a successful auction outcome that puts low-band spectrum into the hands of competitive carriers as soon as possible which will promote lasting competition and benefit consumers across the country,” CCA said.

Mobile Future says the FCC lives in the past
Trade group Mobile Future, whose members include AT&T and Verizon, said the report does not present a real world account.

“Once again, the FCC’s competition report has been inspired more by the remembrance of things past, rather than the real-world record,” the association said. “Like something out of Marcel Proust, the more things change in our dynamic mobile marketplace, the more the FCC’s analysis stays the same. It’s unfortunate that the FCC chooses not to recognize what millions of American mobile users see every day – our nation’s ever-changing wireless sector, fueled by $32 billion in annual investment, and endless choice of services, plans, carriers and devices, is the global gold standard of competition.”