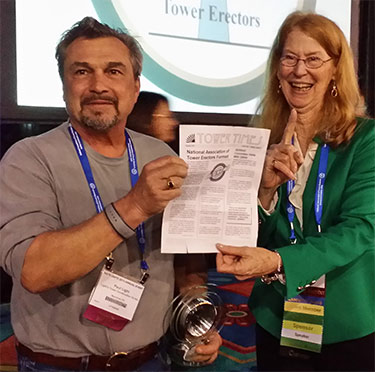 At the National Association of Tower Erectors’ annual convention in Lake Buena Vista, Fla. last week the organization recognized its 20-year founding members and exhibitors during the event’s most successful show which saw a record crowd of almost 1,700 attendees.

Next year’s event will be held in New Orleans, La. A double-tip of the NATE hard hat went out to Trade Show Committee Chairman Aaron Pitts who stepped down from his position. He will be replaced by Joel Hightower.