The U.S. Attorney General’s Office announced last week that a former Salisbury, Md. resident and businessman was sentenced to nine years and two months in prison for running a Ponzi scheme that defrauded more than 200 investors of more than $44 million. He duped investors into believing that they were investing in telecom businesses that had Internet towers and other related enterprises. 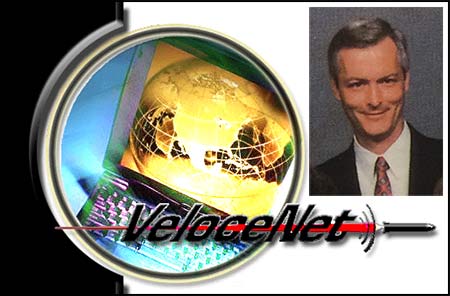 Daniel Williford duped investors into investing into VeloceNet, a company that was involved with Internet towers and other Internet services.

Court records show that Daniel H. Williford, 57, of Statesville, N.C. ran the scheme from 2007 to July 2013. And only $7.7 million of the funds obtained were invested, while $32 million went to cover his personal expenses and to pay some of his victims a profit to keep the scheme going.

Williford pleaded guilty to securities fraud in July 2014, according to a U.S. Attorney General’s Office release. He had also been indicted for one count of wire fraud and five counts of money laundering as well.

U.S. District Judge Max O. Cogburn Jr. said that Williford’s lengthy sentence was intended to “frighten those who will think about doing this, to make them think twice about stealing other people’s money” and to make such people realize “that going to prison for that long is not worth it.”

For years, Williford swindled hundreds of people, including his own co-workers, out of their hard-earned money. He would also lease space on communications towers and not pay the rent. One tower owner said that in addition to his not paying the lease, he had contracted to put one antenna on the structure, but instead hung multiple antennas.

Williford could have faced a maximum of 20 years in prison and fined up to $5 million.

Williford was investigated by the FBI and prosecuted by Assistant U.S. Attorney Dan Ryan of the U.S. Attorney’s Office in Charlotte.

In addition to the 110-month prison term, Cogburn ordered Williford to serve three years of supervised release and to pay $17,915,013.35 as restitution.

Williford’s company operated an Internet service provider called VeloceNet. At the time he was defrauding people he was also a pilot for U.S. Airways.

During victim statement presentations, one investor, also Williford’s co-pilot, said Williford “literally defrauded him on the runway before takeoff.”