Similar to water, electricity and sewer in terms of importance to homeowners, the White House has declared that broadband Internet is also a “core utility,” in a 40-page report published by the Broadband 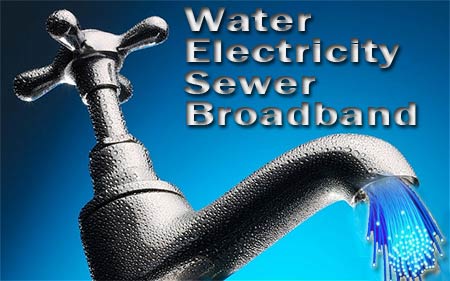 Opportunity Council, which was created by President Barack Obama.

To pursue these objectives, federal agencies will take dozens of actions over the next 18 months.

The high-speed Internet market in the U.S. is dominated by Comcast Corp., AT&T Inc., Verizon Communications Inc., Time Warner Cable Corp. and a handful of others

Following the report’s release, PCIA –The Wireless Infrastructure Association said: “PCIA is encouraged that the Broadband Opportunity Council (BOC) has embraced a number of the wireless infrastructure industry’s objectives and recommendations. We’re pleased that the Council has sought to create an online inventory of data on Federal assets, and maintain the points of contact tasked with overseeing broadband build-out. Faster and more efficient broadband deployments is the goal. And the federal government can do its part by streamlining applications for permitting processes aimed at spurring competition and greater deployment.”

“We hope the BOC will continue to work to ensure there is greater certainty in leasing and renewals, and barriers to entry at all levels are cleared. As the report notes, there is significant room for improvement in local and state government practices. Local and state regulations, the report points out, cannot be addressed through executive action, but the federal government can encourage best practices.”

CTIA – The Wireless Association commented on the report, stating: “We appreciate the White House’s focus on speeding broadband deployment and, in particular, on the importance of timely access to federal buildings and lands for deploying wireless broadband facilities,” the trade group said. “Streamlining and clarifying federal agency processes and procedures can speed further broadband investment and innovation that will ultimately benefit consumers through new and improved services. We look forward to working with federal agencies to quickly implement the infrastructure goals identified in this report.”

“We applaud the White House for recognizing the importance of genuine competition in the broadband marketplace as a top priority in the Broadband Opportunity Council Report released earlier today,” said Competify, a group whose members include Common Cause, Sprint, Public Knowledge and Comptel. “Not only does the report focus on the lack of competition in the high-speed broadband access market, the White House also recommends a clear path forward to ensure that consumers, businesses and institutions do not continue to needlessly suffer from a broadband economy plagued by chronic broadband access control. This move coupled with last week’s FCC announcement regarding the data collected on this disease, are the clearest signals yet that relief is on the horizon.”

“We owe it to every American to ensure that they have access to cutting edge mobile wireless data.  The BOC report takes an important step in that direction.”