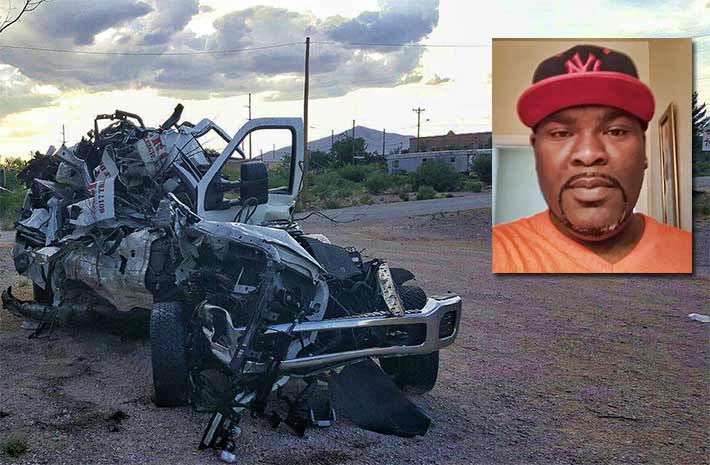 Kenton Seales, while a passenger in a TowerComm vehicle, passed away in Texas after a collision. His family is unable to bring him back to his home in Alabama.

An Alabama tower technician was killed Saturday when the company vehicle he was a passenger in crashed into another vehicle that was towing a semi-trailer on I-10 in Hudspeth County, Tex. Adding to the tragedy, his family doesn’t have the funds to bring him home.

Department of Public Safety officials said that 37-year-old Kenny Roach was driving on I-10 West when he struck the other vehicle. The collision caused serious injuries to 36-year-old crew lead Kenton Seales and he died at the scene.

Roach is expected to make a full recovery, according to a representative of his employer, TowerComm of Raleigh, N.C. No charges have been filed against Roach, although they could be following a complete investigation.

According to individuals knowledgeable of the incident, Roach had been operating the company’s F-250 crew cab equipped with a GPS as they were driving in between markets as a tiger team working on AT&T projects.

Seales’ wife of 10 years, Tonya, was always concerned about the inherent dangers of tower climbing, but said she could never envision that he could pass away in a vehicle accident.

And home was where Seales, who was born in Trinidad, wanted to be after over 14 years of being a wireless road warrior, Tonya said, recalling that he recently told her when he was finished with his current project that had been entering into its sixth month he was going to look for work closer to their home in Prichard, Ala. so that he could be with her and their two children, Betty Twinnesha Allen and Kristian Sebastian Evans.

“He would be out for four weeks and then be home for a week and he was missing home,” said Tonya in between long pauses to catch her breath as the finality of his passing swept through loving memories.

And as of this afternoon, Tonya can’t honor his wish to be home and be put to rest with his family alongside him.

“His company said he had no insurance and they didn’t know if they could pay for the cost to have him sent to us,” said Tonya in tears four days after losing her husband.

“We just don’t have the money. We need any help we can get.”

A request to The Tower Family Foundation and the Hubble Foundation has been made by Wireless Estimator to see if they can assist Seales’ family.