The Federal Communications Commission took another significant step to facilitate the deployment of infrastructure critical to ensuring American leadership on next-generation wireless service, or 5G. 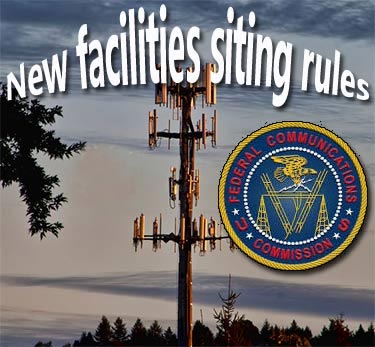 Building on previous infrastructure reforms, the Wireless Telecommunications Bureau signed an agreement to eliminate historic preservation review for small facility deployments across the U.S. that do not adversely impact historic sites and locations. The agreement was signed with the Advisory Council on Historic Preservation (ACHP) and the National Conference of State Historic Preservation Officers (NCSHPO).

The initiative, available here, has been a long-sought measure to advancing wireless deployment.

The agreement, which amends an earlier agreement among the same parties, expands exclusions from the federal review process for DAS and small cell deployments, fulfilling a directive in the October 2014 Infrastructure Report & Order to further streamline review of these installations.

“The Wireless Infrastructure Association (WIA) commends the FCC for its collaborative and ongoing effort to promote the efficient and responsible deployment of wireless broadband. The FCC is taking a big step forward by streamlining the review of small cell and Distributed Antenna System (DAS) deployments under Section 106 of the National Historic Preservation Act,” said Jonathan Adelstein, CEO and President of WIA.

FCC Chairman Tom Wheeler said, “The interconnected world of the future will be the result of decisions we make today. That is why 5G is a national priority, and why today’s agreement to streamline small cell deployment will play a critical role in the successful deployment of next generation wireless service.”

Jon Wilkins, Chief of the FCC’s Wireless Telecommunications Bureau, said “The agreement reflects the Commission’s vigilant commitment to enabling swift but responsible deployment of wireless infrastructure. The Bureau is open for business on infrastructure siting, and we welcome input on how to further improve the siting process.”

The new exclusions lay the groundwork for 5G service by reducing the cost, time, and burden associated with deployment, and by providing opportunities to make existing networks denser at low cost and with very little impact.