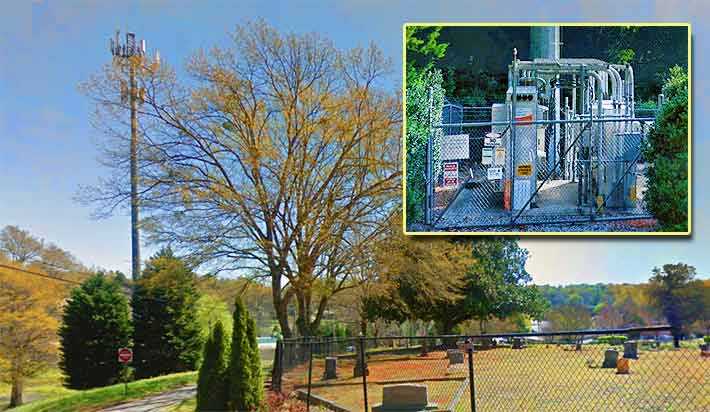 A crew performing civil work at a Greenville, S.C. monopole site unearthed human remains that, according to a news release from the Greenville Police Dept., had been in the ground for an extended length of time.

While excavating Monday morning with a small backhoe, the workers unearthed a skull, a portion of a mandible and what appears to be a radius bone. It appears that the bones have been in the ground for an extended length of time, the release said.

The bones were taken to the Greenville County Coroner’s Office and a forensic anthropologist from Greenville Healthcare System briefly examined them.

The release said that it was determined that the remains are human, but it was too early in the investigation to determine or confirm age, gender and approximate year of death, the release said.

The site where the remains were found is adjacent to Richland Cemetery, but the release said it does not appear that the area was ever part of the cemetery itself.

The historic African-American cemetery, 100-feet from the cell site, was established in 1884.

Greenville police detectives, the Greenville County Coroner’s Office and other investigators were still at the site this morning.  Forensic and DNA examinations will be conducted on the bones to assist in identification.

The cell site has a small fenced compound and a power and telco pole is about thirty feet away from the cemetery’s fence.

Authorities did not identify the name of the tower owner or the contractor. The tower is not registered in the FCC’s database.