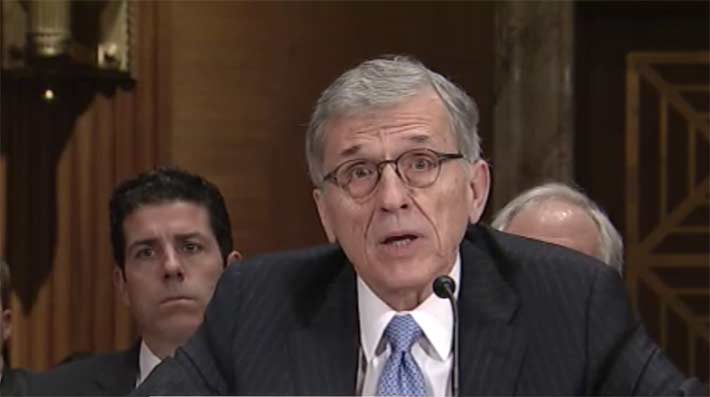 FCC Chairman Tom Wheeler urged the Senate appropriations subcommittee on April 5, 2016 to approve an additional $11 million to his agency.

FCC Chairman Tom Wheeler informed a Senate appropriations subcommittee yesterday morning that the incentive auction of 600 MHz spectrum may extend into 2017 if it doesn’t raise enough to pay broadcasters for the airwaves.

The possibility of an extended timeframe is one reason why the FCC is requesting an additional $11 million in federal funds, Wheeler said during the hearing.

“There is no guarantee that the auction is going to be over and not run into fiscal 2017. Remember, this is not just a one shot auction. If the money coming in from the wireless carriers doesn’t pay for the money necessary to relocate or to buyout the broadcasters, then you re-auction,” Wheeler said.

The FCC’s auction to buy spectrum from television stations, repack the spectrum, and then sell it to wireless providers, kicked off last week with broadcasters having to make a commitment as to whether and how they would participate.

The most sought after answers regarding the auction are available here.