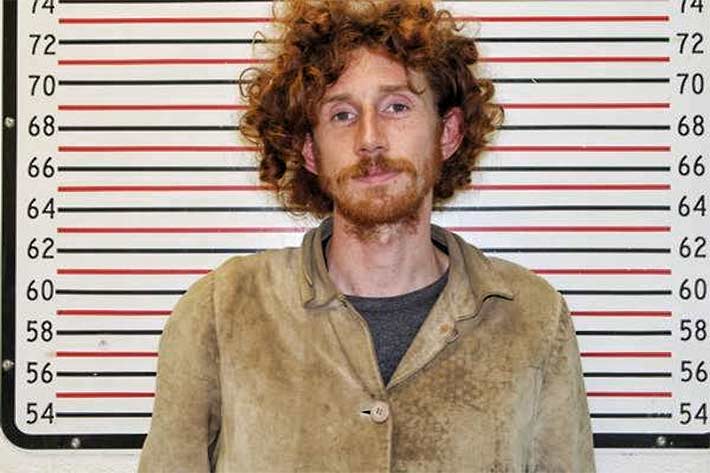 Zachary Seidel, in this booking photo, claims that Verizon Wireless and Friends of the Astoria Column are corrupt, but can’t substantiate them

City council meetings regarding cell tower siting approvals can be rather contentious, but an Astoria, Ore. hearing on a request by Verizon Wireless last June to move an aging communications tower ended up with a man attempting to make a citizen’s arrest of the mayor, and then he was arrested, and yesterday was convicted for refusing to leave City Hall.

Seidel, an activist who is suspicious of government and authority figures, had told Matyas before sentencing that he preferred jail to probation. “I don’t accept them monitoring me,” he said.

It was just one of a number of reasons why Matyas ordered Seidel to have a mental health evaluation and to stay away from the mayor and city councilors while on probation.

At the City Council meeting , according to The Daily Astorian, Seidel wanted to speak about a plan to move the tower off Coxcomb Hill near the Astoria Column, a 125-foot observation tower built in 1926 in commemoration of the Astor family’s business history.

He missed the portion of the meeting discussing Verizon’s tower, and when he tried to speak, Mayor Arline LaMear cut him off.

Seidel announced he was making a citizen’s arrest of LaMear, and then Polic Chief Brad Johnston wrestled him to the ground after he refused to leave.

He believes the city was too cozy with influential Friends of the Astoria Column and Verizon Wireless on the deal, but has not been able to substantiate his convoluted claims of corruption, according to The Daily Astorian.