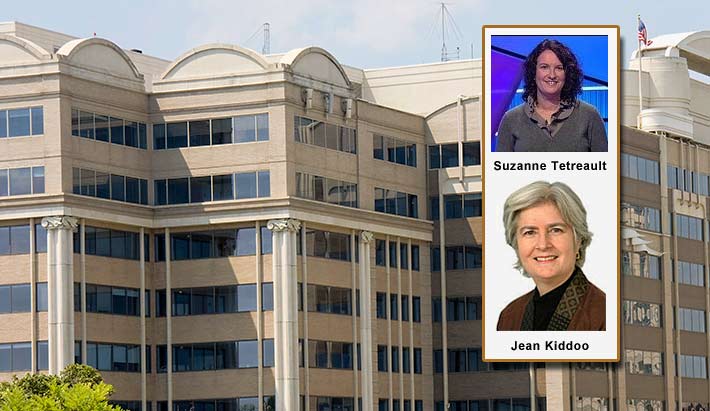 FCC Wireless Telecommunications Bureau Chief Jon Wilkins has announced his intention to appoint Suzanne Tetreault as deputy bureau chief.  Tetreault will move from her current position as deputy general counsel in the Office of General Counsel.

“Suzanne’s legal expertise and extensive experience as a senior leader at the FCC will make her an outstanding addition to our team,” said Wilkins. “With the many complex legal and policy issues we deal with in the Wireless Bureau, it is essential that we have talented professionals such as Suzanne as part of our leadership team.  I appreciate her willingness to take on this new challenge.”

In addition to her current position as deputy general counsel, Tetreault has held senior leadership positions in the FCC’s Enforcement Bureau, Consumer and Governmental Affairs Bureau, and Wireline Competition Bureau since she started at the agency in 1991.

Prior to joining the Commission, Tetreault worked at the Federal Trade Commission and in private practice. She received her J.D. from Harvard Law School, and a B.A. in economics from Harvard College.

Kiddoo to assist with transition
Working with task force Chair Gary M. Epstein and Vice Chair Howard Symons, Kiddoo will focus on planning for and implementing the post-auction transition. During the transition period, the Commission will reauthorize and relicense the facilities of broadcast television stations that receive new channel assignments. The transition also involves paying winning reverse auction bidders and administering the $1.75 billion relocation reimbursement fund authorized by Congress.

“I am thrilled that Jean has agreed to join the Task Force leadership,” said Epstein. “As Chairman Wheeler has noted, getting the transition right is as important as getting the auction itself right. Jean will help us ensure that the transition has the focus, attention, and cross-bureau coordination it requires.”

Kiddoo has served as deputy chief of the FCC’s Wireless Telecommunications Bureau since 2014, in which capacity she has participated on the Incentive Auction Task Force Steering Committee. She has also overseen the bureau’s Auctions, Broadband, and Mobility Divisions and has taken a leadership role in coordinating the Commission’s auctions systems, personnel, and resources across the various other bureaus and offices.

Kiddoo is a graduate of Colgate University and earned her law degree from the Catholic University of America.