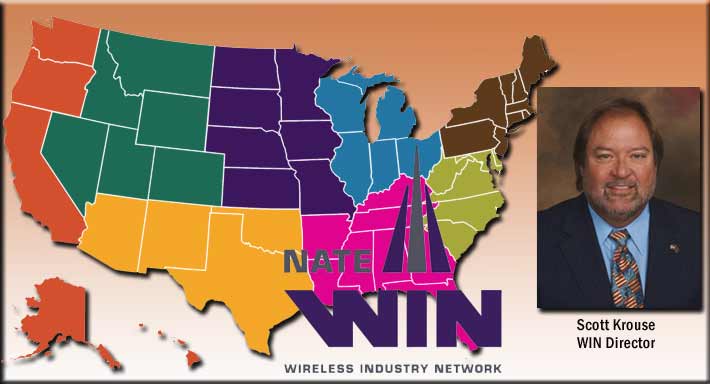 A national and international who’s who of 60 industry movers and shakers will be chaperoning the success of the Wireless Industry Network (WIN), a coast-to-coast grassroots program designed to promote the National Association of Tower Erectors’ (NATE) regional, state and local efforts, support existing state and national wireless organizations and facilitate communication between all stakeholders in the wireless industry.

NATE announced this morning the official launch of the program designed around a nationwide network of respected regional ambassadors and state liaisons who are devoted to NATE’s mission and are passionate about expanding the Association’s message of safety, quality, standards and education in order to reach the entire industry.

WIN encompasses eight regions within the United States: Pacific, Southwest, Rocky Mountain, Great Plains, Great Lakes, Northeast, Atlantic Coast and Southeast and also includes a grassroots structure in Canada as well as a presence in the Bahamas. (Continued below ambassador and liaison photographs) 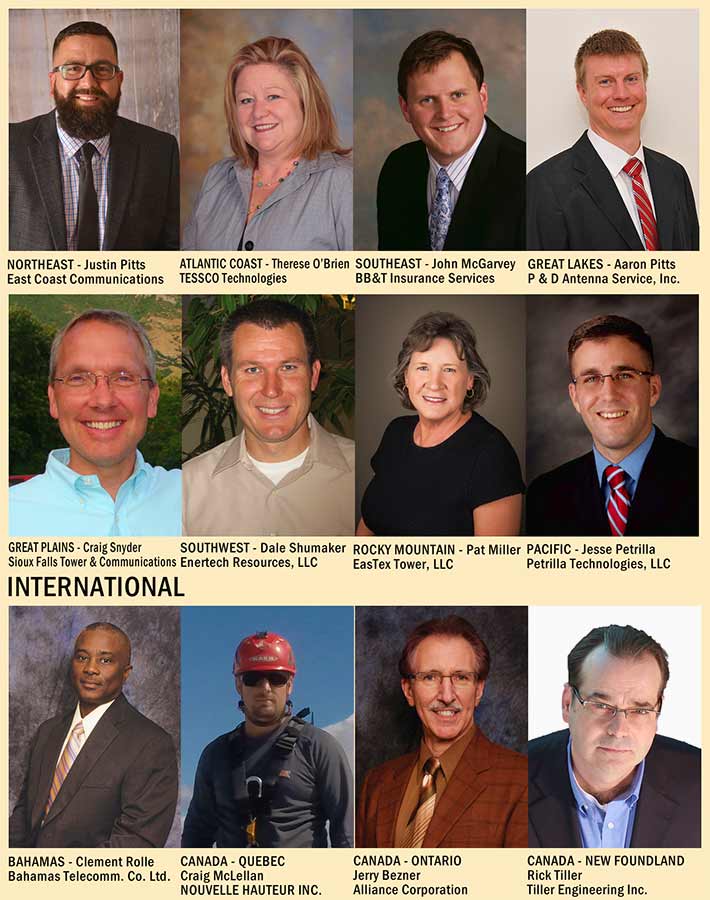 “The establishment of the WIN program is the next step in the evolution of NATE in order to meet the needs of the entire mobile landscape,” stated Executive Director Todd Schlekeway. “WIN will expand the Association’s influence by facilitating the coordinated deployment of NATE’s members and resources to engage individuals at the regional, state and local levels. Additionally, WIN is committed to supporting wireless organizations and associations at the state and national levels in order to foster continued advancements in mobility for all sectors of our diverse industry,” added Schlekeway.

Scott Krouse to lead WIN’s outreach
In conjunction with the formal launch of the WIN program, NATE announced the hiring of long-time industry veteran Scott Krouse to serve in the role as WIN Director. Krouse has over 30 years of experience working in the industry for prominent companies including Rohn, PiRod, Valmont Structures and Site Pro 1. Additionally, during his tenure in the wireless industry, Scott has worked closely with NATE including serving eight years on the Trade Show Committee.

“I am excited to be on board with the NATE team and look forward to the challenge of leading this new WIN program,” said Krouse. “WIN will not only help us reach more stakeholders with its grassroots effort, but also demonstrate our willingness to support and serve the wireless industry in the United States, Canada and the Bahamas.”

“I am honored to play a leadership role in the WIN program for my region and very much look forward to working with all industry stakeholders on the west coast,” said Pacific Region Ambassador Jesse Petrilla from Petrilla Technologies.