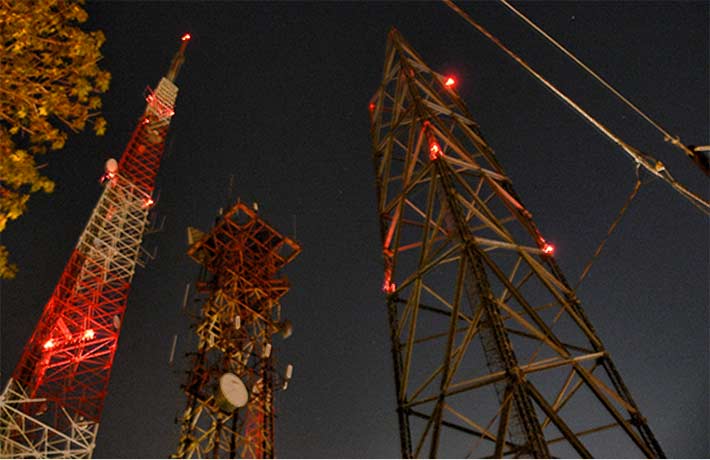 Over 750 tall towers have changed their lighting to protect birds, but there are still 15,000 structures that should also be relamped, according to the American Bird Conservancy.

New guidelines for communication tower lights spell out how tower operators can save birds and energy without sacrificing safety. Put in place by the Federal Communications Commission (FCC) and Federal Aviation Administration (FAA), the guidelines strongly encourage tower operators to turn off or reprogram steady-burning red or white lights in favor of flashing lights, which are less harmful to birds yet still alert pilots to the towers’ presence.

Steady red or white lights on communication towers attract or disorient migratory birds flying at night. As many as seven million birds a year die in collisions with towers and the guy wires that support them. As of late October, operators of more than 750 tall towers nationwide had already updated their lighting systems under the new guidelines. Making the switch saves energy, reduces operating costs, and reduces bird collisions substantially.

“By extinguishing the non-flashing lights on towers, we can reduce night-time bird fatality rates by as much as 70 percent,” said Dr. Christine Sheppard, American Bird Conservancy’s Bird Collisions Campaign Manager.

“We wish to thank the operators of the 700-plus towers that have already switched their lighting to help reduce mortality of birds,” Sheppard said. “But there are still some 15,000 tall towers across the U.S. with outdated lights that are dangerous for birds. We are asking all tower operators to make this cost-saving and life-saving switch to help migratory birds.”

The new guidelines  allow owners of towers taller than 350 ft. above ground level (AGL) and built before 2015 to use a series of easy steps to end the use of non-flashing lights.

The FAA is calling on owners to eliminate the use of non-flashing lights on all towers. “New tower lighting schemes should now follow the revised guidance, and operators of towers with the old lighting system should submit plans explaining how and when they will transition to the new standards,” the agency said in a news release.