The National Association of Tower Erectors (NATE) today released a Professionalism Video as part of the Association’s Climber Connection campaign. NATE unveiled the video at the 2016 Wireless West Conference in Anaheim, Calif.

The video includes a testimonial from a tower climber discussing the characteristics that make up a professional elevated worker in the industry. The video highlights the important role that professionalism plays in establishing a culture of safety and quality within a tower crew, a contractor company and amongst a company’s client base. The Professionalism Video also includes footage of a tower crew effectively communicating and establishing a respectful rapport with each other at the tower-site.

“I didn’t know what to expect when I took a job as a tower climber, but I learned from day one that it was more professional than I could have ever imagined,” said Justin Bronsert, a tower climber at B+T Group. “Right from the beginning starting with the training process, you learn that being a professional is a huge part of the job. It definitely makes you take more pride in your work,” added Bronsert.

“With the ever-evolving technology of today, tower climber requirements keep rising and so too should the professionalism to ensure job safety and efficiency,” stated Jeff Stach, B+T Group’s Director of Audits and Inspections.

NATE encourages tower climbers and all wireless industry stakeholders to actively participate in this campaign by posting the Professionalism video on their respective social networking platforms using the hash tag #ClimberConnection. You can also use the social media buttons below to share it. 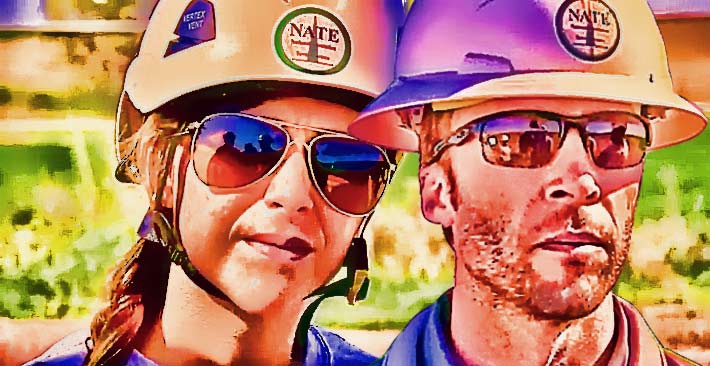