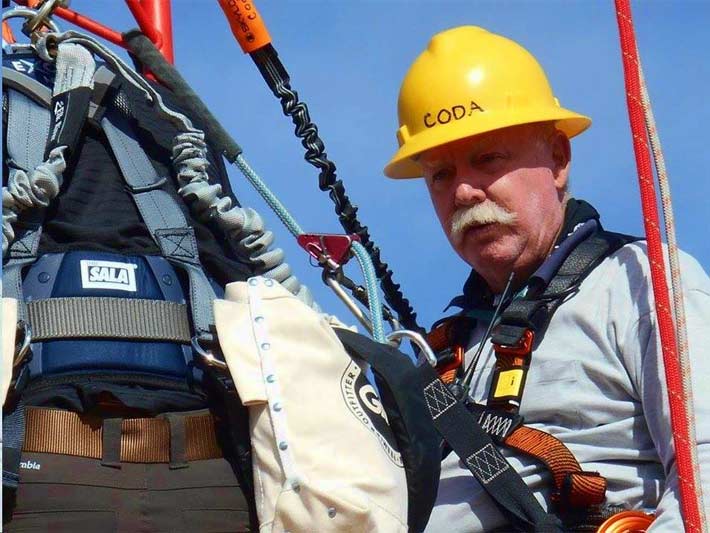 Thousands of the industry’s tower technicians arrive home safely every night because of their training by ComTrain Senior Instructor Coda William Witt, who passed away on Thurs., April 21, 2016 at age 71 while on a camping trip in Arizona.

According to ComTrain President Zane Windham, Witt had trained more than 2,500 climbers after joining the tower safety training organization in 2005, but more importantly, Windham said, he imparted a desire on those he taught to embrace the need to be safe at all times and not to view the instruction as an employment requirement.

“Coda was a soft spoken, straight-forward man that got everyone’s attention. His personal integrity and passion for his work just seemed to draw you in,” Windham said.

And although he was low-keyed in his conversation, “Boy could he talk,” said ComTrain instructor Jim McClellan, who had known and worked with Witt since 1975 when both men were with the Arizona Department of Public Safety as riggers.

“He was an easy-going, patient person, always happy. He was my best friend, and there’s nothing better than working with your best friend,” McClellan said. “He used to tell me that this was the most rewarding thing that he’s ever done in his life.”

Witt died suddenly after he participated in a ham radio contest on Brook Bank Point near the Mogollan Rim with his wife, Diane, McClellan said. “He retired for the evening and passed away.”

There was a silent key throughout the amateur radio community for Witt whose call sign was K7ANT.

Diane said that he was just six countries short of communicating with every country in the world.

In addition to Diane, he is survived by two sons.