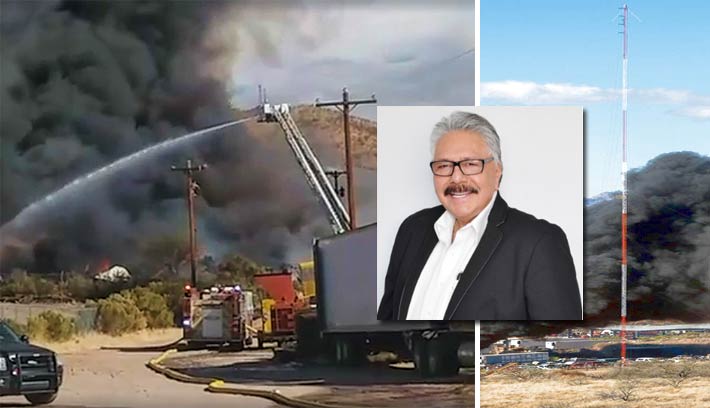 A fire that started Friday in Nogales, Ariz. was finally extinguished yesterday, but in its wake it took out a communications tower owned by KOFH, La Maxima 99.1 FM, a bilingual news and talk station owned by Oscar Felix Sr.

Felix said he was on the air when the station lost its signal and then he noticed the black smoke coming from the mountain where his 380-foot guyed tower was located. La Maxima 99.1 is currently broadcasting online.

The fire started at a recycling company located near North Silver Hills Dr. after 1 p.m., according to a Nogales Fire Department spokeswoman.

It burned about 100 acres of land. The fire is still under investigation by fire officials.

It is not known if there was structural damage to the La Maxima 99.1 tower.