By Andrew Seybold
Since last week’s commentary I have received verification that five other potential FirstNet RFP bidders have decided not to pursue this opportunity. Yet I have also heard from a reliable source that we can expect to see more than two bidders submitting proposals. I hope my source is correct since Public Safety deserves many bids on the table to ensure the best possible partner is chosen.

Obviously, last week I was at a low point in the Public Safety broadband journey. For the past eight years I, along with a number of others, kept the faith that FirstNet would become a reality and would provide Public Safety with the much needed addition of near-mission-critical data and video services. In the early days we were told that the dream of obtaining the D-block was just that, a dream or even a pipe dream. But led by Chief Harlin McEwen and others, we did not give up. During that period even some within the FCC did not support Public Safety in our quest for the D-block, and several “learned scholars” on assignment to the FCC wrote technical papers “proving” Public Safety did not need more than a 5 X 5-MHz portion of the spectrum. It is interesting that one of the key issues with the RFP today as detailed to me by a number of contractors who have dropped out is the fact that even with 10 X 10 MHz of spectrum there is still a concern that during peak times and major incidents many of the secondary users will have to be moved somewhere else.

Through it all we remained positive. Then FirstNet was formed and we looked forward to moving ahead quickly, yet it was soon apparent that FirstNet was not the happy family is was supposed to be and it did, in fact, go off the tracks for a number of months. But then it righted itself and began to make inroads, first with its assigned tasks and then with the federal buracacy that was holding it down. The FirstNet of today is not the FirstNet of 2012 and 2013 but a more viable entitiy that is moving forward on many fronts at once. Unfortuantely, it is still having to find ways to appease those whose only goal in life seems to be to make sure FirstNet adheres to any federal requirement they deem necessary to protect the citizens of the United States from something dire, I have to assume, but what?

When the draft RFP came out and I spent a month taking it apart, formulating questions, commenting, and then more months preparing and filing comments, I was, once again, pretty low because if the draft RFP was released as the final, it would have resulted in no responders and left FirstNet floundering while Congress decided what to do with its remains. Fortunately, FirstNet read the questions and the comments provided by many interested parties including vendors, small companies that want to partner with larger companies, states, and of course, FirstNet’s ultimate customers, the Public Safety community, and promised changes would be forthcoming.

Our spirits began to lift as little by little we heard from FirstNet leadership that a new, kinder, gentler RFP was on the way. We were encouranged by their willingness to discuss the issues in public and to listen to many within the affected communities. We were even more encouraged when we learned that many of the FirstNet leaders were meeting with potential bidders and listening to their concerns and issues.

I attended the FirstNet Board of Directors meeting in Decmeber and it was all positive about the new RFP and what it would mean to FirstNet and Public Safety, the hallway meetings were all positive, and many vendors were in attendance feeling as though the opportunity to partner with FirstNet was right around the corner. Then there was a slight delay in the release of the RFP, because of some more last minute federal wrangling I am told. Finally, the first notice of the RFP was posted earlier than expected, moving many people into high gear and then quickly deflating them. Finally the day came, the RFP was really out there, and we were told to look forward to a webinar for explanations.

As we all began reading the RFP the first impressions on skimming the multitude of documents was that this was a good RFP that would receive a lot of visability and hopefuly many responses. We all noted that the time frame was too short and more time was needed to prepare an adequate response. But as we (subject matter experts, attorneys, and finanical experts) began to dissect each section one at a time, the bloom started to come off the rose. As each team reported on its assigned sections, it began to appear as though every section of the RFP held its own snag buried in the wording.

Time and time again, network coverage, funding available, funding due to FirstNet, the number of Public Safety users on the network in what time frame, the 25-year commitment, and many other factors weighed heavily on those who really wanted to support FirstNet and to submit a fair and honest bid. The Capability statement requiring naming some partners and providing an idea of who other partners might be, based on a 16-week turnaround time for the full RFP response was, in many cases, not doable. The capability statement was orginally to have been optional, now it is required, and while you can still bid if you don’t receive an okay from the feds, you will probably be wasting your time.

The bottom line for us and others I have discussed this with carries a common theme: The vendor has to be ready to spend $billions, FirstNet is guaranteed finanical success, there is no limit to how much of the $6.5 billion can be withheld by FirstNet for each state that opts out, and on and on. Our financial experts who orginally said this was a great opportunity revised their assessement to a “pass” because of the financial uncertainties in an era when investing $billions usually results in a decent cash flow and return on investment, which they could no longer find at the end of their RFP assessment.

So once again I find myself at a low point in this journey to provide what the Public Safety community needs, which is a nationwide broadband data and video network that is as near mission-critical as financially possible. I have received an untold number of emails, mostly with a negative slant about the future of FirstNet and the network. Yet I refuse to stay down. I have been here before and now is not the time to quit and walk away. Rather, it is time to once again figure out what is wrong and fix it. By now, FirstNet has to know its RFP is heading for a bridge that will not support it. The solution lies in what FirstNet is willing to do to mitigate some of the issues and repair the bridge before the train starts across. The end goal is still the same: Make sure the Public Safety community has what it needs and wants. Nothing else matters to me and to thousands more Public Safety professionals. 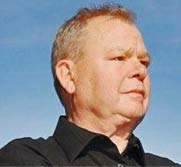