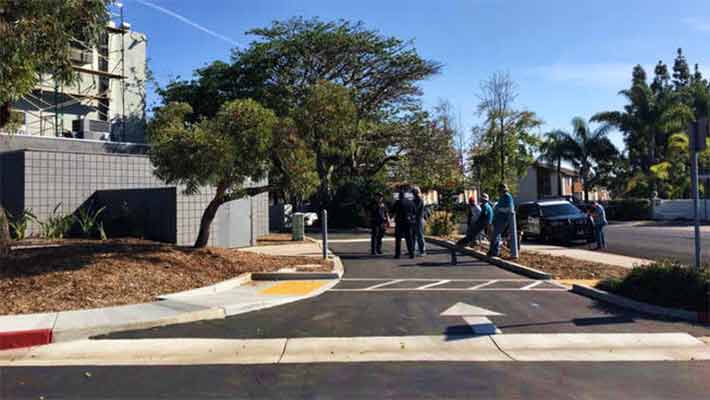 UPDATE: December 13, 2016 – According to a representative of Motive Energy Telecommunications Group, Inc. (METG), their tower technician who fell from a roof and died in Chula Vista, Calif. on Nov. 23, 2016, was not near the telecom worksite area when the accident occurred.

In a statement to Wireless Estimator, he wrote, “METG is informed that Matthew Vukasovich fell after he remained on the roof for unknown reasons and after he was instructed by his foreman to descend the ladder and return to the ground. METG is also informed that Matthew Vukasovich fell from a part of the roof that was nowhere near the vicinity of work performed by METG. While the Cal/OSHA investigation is ongoing, METG is confident that Cal/OSHA will conclude that METG did not violate any Cal/OSHA standards. METG takes the safety of its workers very seriously.”

The company also said it was concerned that in the below article, it was stated that “The building, according to a Google aerial view, appears to not have a parapet wall tall enough to meet safety requirements for working on a roof structure without being tied off or having warning safeguards in place,” and the inclusion of the federal OSHA standard that requires it, possibly implied that METG was negligent.

The reference to the parapet wall and the OSHA standard were published for illustrative purposes only, providing guidance for rooftop work in an industry whose primary focus is safety on tower structures.

It was not intended to be descriptive in any manner as to why Vukasovich fell. As stated by Wireless Estimator and METG, that information will only become known following Cal/OSHA’s investigation.

According to Cal/OSHA’s investigation summary, “At 12:30 p.m. on November 23, 2016, an employee was on a roof lowering tools to a foreman. The employee told the foreman he was going to check something. The employee fell from the roof and suffered multiple internal injuries and died.”

November 29, 2016 – A tower technician fell to his death Wednesday in Chula Vista, Calif. while working on a rooftop installing transmission lines.

According to the San Diego County Medical Examiner’s office, Vukasovich was married and lived with his wife in Corona.

None of his co-workers saw Vukasovich go over the side about 1 p.m., said Lt. John Autolino of the Chula Vista Police Department.

However, a passerby saw Vukasovich fall from the roof and called 911. Paramedics rushed him to Scripps Mercy Hospital in San Diego, where he died from his injuries, according to the coroner’s office.

Cal/OSHA is investigating the incident, the second death to occur in California since Wireless Estimator started tracking industry fatalities in 2003.

Vukasovich  was employed by Motive Energy Telecommunications of Corona. The company, founded in 2002, has over 250 employees, according to its website.

A company spokesperson said that he could not provide any information regarding Vukasovich’s fall until such time as the investigation by Cal/OSHA is completed.

He said that he would provide services information for Vukasovich when they became available.

The building, according to a Google aerial view, appears to not have a parapet wall tall enough to meet safety requirements for working on a roof structure without being tied off or having warning safeguards in place.

According to OSHA Standard 1926.501(b)(1) regarding unprotected sides and edges, “Each employee on a walking/working surface (horizontal and vertical surface) with an unprotected side or edge which is 6 feet or more above a lower level shall be protected from falling by the use of guardrail systems, safety net systems, or personal fall arrest systems.”

The last known industry incident where a man fell from a rooftop occurred in 2010 when a tower tech fell 120 feet to his death off of Walnut Park Plaza in Philadelphia, Pa.

A number of contractors have informed Wireless Estimator that they were going to have an all-hands meeting to create additional awareness for rooftop safety.

Vukasovich’s death was the seventh industry fatality  in 2016.