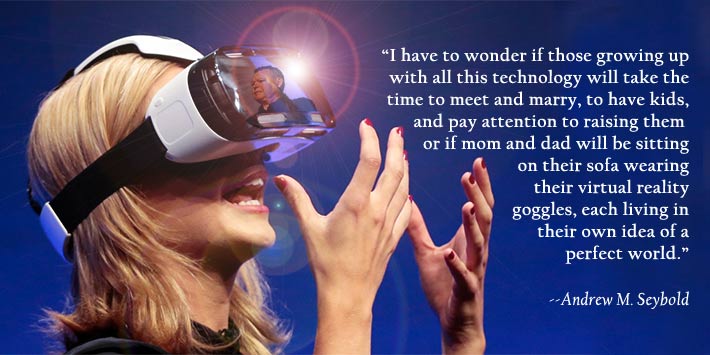 By Andrew Seybold
With today’s wireless networks, services, and devices we have instant access to all of our voice, text, data, and video information almost no matter where we are. Does that mean every call, text, or email we receive must be answered right then and there?

I was one of the first to learn a lesson when it came to early wireless email. When my BlackBerry vibrated I took it off my belt, read the message, and usually responded right then. Later when I decided it was okay to not answer every email as soon as it was received, my clients did not understand why I was not as accessible as I had been. I had made the mistake of starting out too attentive and set expectations too high.

I changed how I was responding to my wireless communications because I realized that when I was with someone and I stopped talking or listening to them to see who else wanted my attention, I was being rude, in effect saying the person who just sent this might be more important than you. Today if I am driving, in a store, in a bathroom, or with other people, the device stays on my hip until it is convenient to look at and answer the call.

My frustrations with how we treat our wireless devices and each other are based on the fact that it is down-right rude to be unaware of your surroundings. Think of a guy standing smack-dab in the middle of a store aisle talking on his phone while someone else is trying to get around him. Have you ever been in a check-out line behind someone using one hand for the transaction and the other to hold their phone up to their ear to have a conversation that could have waited? So irritating!

All you have to do is to look around to see what’s happening. See the couple sitting across from each other for dinner spending more time on their wireless devices than looking at or talking with each other. I have seen entire families on what I suppose was family night out spending the time texting others. The family is further apart after dinner than when they arrived!

What makes communications with others so much more vital today than a decade ago or even a few years ago? The call of the phone is even stronger than the call of nature. Most of the time when I enter a men’s restroom someone is on the phone talking during his entire visit. I don’t get it. What is so vitally important you can’t say, “Excuse me for a few, I’ll be right back.”?

When we moved to Phoenix last year I was appalled to find there is no law against using wireless devices while driving. Apparently it is perfectly okay to text and chat on a phone without using hands-free devices. More than once I have watched someone pull into a shopping center parking lot talking on the phone, get out of the car, go shopping, and return to the car, pile in their goodies, and then drive away without the phone leaving their ear even once!

The next advances in technology will only acerbate these issues. Wired phones will be replaced by broadband connections that provide Voice over IP, Fifth-Generation wireless is rolling down the mountain toward us like the fog in San Francisco, but unlike the fog it will not recede later in the day. The chairman of the FCC and others are talking about thousands and thousands more wireless points for our devices to connect to, permitting more and faster data, video, and other forms of communications.

Today we use smartphones for text, data, video, and voice, our cars communicate with our smartphones, our watches communicate with our phones, soon our clothes will be sending and receiving data (a whole new field for privacy issues…). Today I receive an email or text when my garage door is opened or closed and I can close it from almost anywhere in the world. My lawn sprinklers are controlled by my iPad or my Android BlackBerry, and if I use my wireless device to look for something online I can expect to receive lots of ads about related products or services I have no interest in!

Are we heading for a world first discussed in a 1967 film called the President’s Analyst starring James Coburn? If you want to see a brief video of the ultimate form of wireless communications discussed in that film do a YouTube search on Andrew Seybold and you will find two clips, Andrew Seybold’s Wireless Dinner Film 1 and Film 2. I think you will be surprised by the ending of the movie as seen in the second clip. It still amazes me that this movie was made four years before the first cellular phone was introduced in the United States.

When I sat down to write this article I thought perhaps it might get a point across to a few of the younger generation. Perhaps they could start by not being glued to their device every waking minute and actually see their surroundings and talk to their friends. However, I have realized that we are long past the point of no return. It is too late to change what is today, and it is too much to expect that people will want to go back to real conversations about real subjects.

Perhaps I’m just an old guy lamenting that the current generation is not following the rules, just as my parents could not understand what Rock&Roll was and why I had to play it so loud all of the time!

I have to wonder if those growing up with all this technology will take the time to meet and marry, to have kids, and pay attention to raising them or if mom and dad will be sitting on their sofa wearing their virtual reality goggles, each living in their own idea of a perfect world. 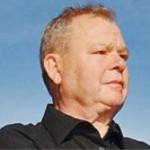