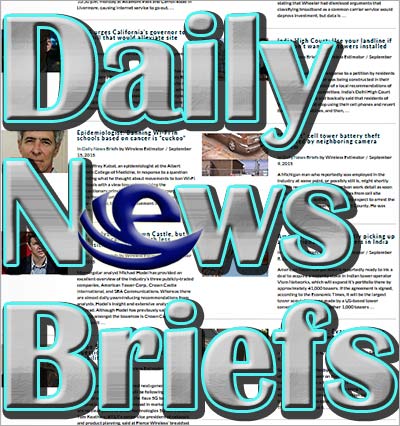 Electronics America, Inc. and Cisco, in partnership with Verizon, today announced the successful deployment of the first multi-vendor end-to-end 5G trial network in the field, which took place in Ann Arbor, a suburb of metropolitan Detroit, Mich. Earlier this year, Verizon announced plans for customer trials of 5G technology for home broadband service (Fixed Wireless Access). Five U.S. cities are scheduled to begin trials in the second quarter of 2017, with pilot trials in a total of 11 markets expected by the middle of the year.