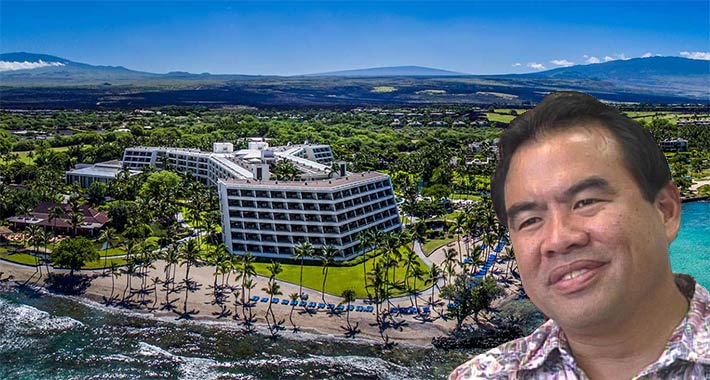 Taxpayers supported the lavish lifestyle of Sandwich Isles Communications’ owner, Albert Hee, who used $27 million in broadband funds to pay $90,000 for massages and $17,000 for his family to stay at this Hawaiian hotel for a stockholders meeting, even though Hee was the sole stockholder.

In an opinion and order released on July 3, the Federal Communications Commission revoked the exclusive license of Waimana Enterprises to build, construct, maintain and operate a telecommunications network in the Hawaiian Home Lands (HHL).

In December, the FCC said that Sandwich Isles Corporation, Waimana Enterprises, Inc. (WEI), its parent company, and Albert S.N. Hee, owner of  both organizations, were jointly and severally liable for a $49,598,448 fine after receiving more than $27 million of fraudulently obtained money from the Universal Service Fund that the FCC will also attempt to recover.

The FCC’s Sandwich Isles investigation began after Hee, the brother of former Hawaii State Senator Clayton Hee, was indicted by a District of Hawaii grand jury in 2014 on six counts of criminal tax fraud and one count of impeding an investigation of the Internal Revenue Service.

FCC Commissioner Mignon Clyburn said the order highlights the importance of the Commission’s commitment to removing barriers to competitive entry.

“It preempts the Department of Hawaiian Home Lands’ grant of an exclusive license to Waimana Enterprises, the parent company of Sandwich Isles. I am hopeful that our limited preemption will result in better service for consumers living on the Hawaiian Home Lands,” said Clyburn.

“It also highlights the importance of section 253 of the Communications Act in enabling competition. And how useless it will likely be in a broadband-only world, if the Commission’s majority moves forward with its plan to reclassify broadband as an information service. Breaking down barriers to infrastructure deployment without Title II is about as effective demolishing a wall by staring at it. Without a Title II telecommunications service at issue, today’s Order would not have been possible,” she said in a statement.