The Eleventh Circuit yesterday upheld a 2015 U.S. Tax Court decision finding a Florida couple liable for at least a quarter of $79 million in unpaid taxes and interest from the sale of their Wisconsin TV and radio stations using a Midco transaction where the buyer resold the assets of Shockley Communication Corp.’s (SCC) stock. 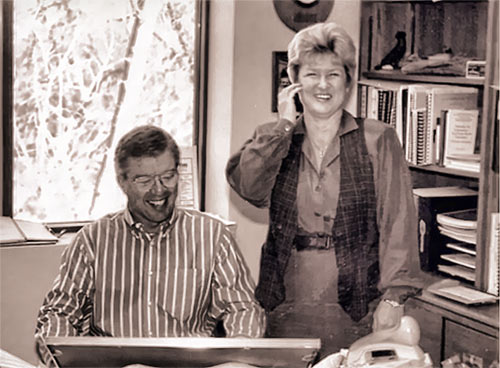 When Terry and and Sandra Shockley co-founded their first station in 1985, they didn’t envision spending their retirement years fighting tax courts.

The court said it was not persuaded by Sandra and Terry Shockley’s argument that the Tax Court improperly chose to change the company’s stock sale as an asset sale followed by a liquidating distribution.

The Tax Court had previously ruled that Sandra and her husband, Terry, constructed a complex pyramid of entities to execute a sale of their interest in SCC with the sole purpose of concealing their tax liabilities.

Terry Shockley co-founded SCC with his wife, Sandy, in 1985 after purchasing a Madison, Wisc. radio station with Sandy heading sales, and in 1995 she became the head of the radio division. Through many of Sandy’s achievements the radio station went from approximately number 15 in the market to number one.

She was also a driving force with many fundraisers and chaired the Greater Madison Visitors & Convention Center. Sandra was elected to the Wisconsin Broadcasters Hall of Fame.

Investors were brought in and at that time Sandra and Terry owned 20.4% of SCC. Shockley Holdings, owned by the Shockleys and their adult children, owned 3.5% of SCC’s common stock.

At that time, an accounting firm, RSM McGladrey, Inc., provided an estimated value of $190 million for the radio and television assets, showing net after-tax liquidation proceeds to shareholders of $94 million for a stock sale compared with the correlating asset sale proceeds of $75 million.

Kalil introduced them to Integrated Capital Associates (ICA), a firm that facilitated stock sales of companies.

During an Aug. 25, 2000 conference call with stockholders ICA informed them that there was a risk that the IRS might recharacterize the transaction as an asset sale. However, ICA represented that none of the similarly structured transactions it had facilitated over an 18-year period had been successfully challenged or unwound.

A stock sale went through on May 31, 2001, and the Shockleys initially received some $20 million and the right to some deferred payments in exchange for their shares. The total amount distributed to them was $26.3 million.

In 2007, the IRS assessed some $79 million in taxes, penalties and interest on SCC. The agency argued that the Shockleys were liable for a portion of the taxes because they received transfers from SCC.